Yoko Ono is a leading experimental and avant-garde artist. She has been associated with the Conceptual art, performance, Fluxus and happenings of the 1960s (one of very few women to have participated in these movements), but above all she has been a pioneer who has questioned the concept of art and the art object and has broken down the traditional boundaries between branches of art. Through her work she has created a new kind of relationship with spectators, inviting them to play an active part in its making. She also brings together two worlds – Oriental and Western culture – which extend and strengthen each other in continuous innovation.

The exhibition YOKO ONO: ONE MORE STORY... aims to reveal the basic elements that define Yoko Ono’s extensive and diverse artistic career – a voyage through the notion of art itself, with a strong social and political engagement. On one hand there are the ‘Instruction’ pieces, which ask questions about the conceptual principles behind the work of art, highlighting its ephemerality while de-sanctifying the object, as well as enlisting the participation of spectators in its material realisation. On the other hand there are the narratives expressing Yoko Ono’s poetic and critical vision.

In autumn 1955, Yoko Ono composed her first Instruction work, entitled LIGHTING PIECE: ‘Light a match and watch till it goes out.’ It was not until 16 July 1961 that she held an exhibition of her Instruction paintings and drawings at George Maciunas’s AG Gallery in New York City. She showed a number of calligraphies, but the focus of attention was generated by canvases hung on the wall or placed on the floor, with which visitors interacted according to her instructions by stepping on them or setting fire to them, just to name a few examples of the possible actions through which she invited viewers to fulfil the creative process of the work. Present in the gallery, Yoko Ono welcomed the visitors, took them around the exhibition space and explained the nature of her works and the spectator’s role.

Less than a year later, on 24 May 1962, Yoko Ono held a concert and an art exhibition at the Sogetsu Art Center in Tokyo, where she showed only the ‘Instructions for Paintings’ that she had requested her husband, composer Toshi Ichiyanagi, to write on white sheets of paper. To a large extent, these were the same works as those shown at the AG Gallery, but this time the spectators were invited to take part in the creative process conceptually rather than physically. With this simplification – a very early example of Conceptual art – Yoko Ono questioned the uniqueness and sanctity of the art object. Instead of working with the visual interaction between materials, media and methods, like the abstract artists dominating the art world at the time, Yoko Ono was working from the basis of the concept, using only words that are at once a description and a definition of the action, yet still leave considerable scope for the ‘performer’, materially and/or mentally.

This starting point of the word links Yoko Ono’s work with literature and in particular, poetry. Many commentators have rightly associated her Instructions with musical scores. Others have pointed to the haiku, the unrhymed and non-rhythmical metre that developed from the classical Japanese poetry genre known as Tanka in the sixteenth century. But Yoko Ono’s Instructions are not poems; they are visual artworks, a new type of art, which she shared with other contemporary artists like John Cage and George Brecht. Their nature as visual artworks is underlined by the fact that the artist herself termed them paintings, and by the fact that they deal with painting: Painting to See the Sky, 1961; Painting for the Wind, 1961; Smoke Painting, 1961; Painting to Hammer a Nail, 1961; and Painting to be Constructed in Your Head, 1961 all entail a discussion of art. ‘My paintings, which are all Instruction paintings (and meant for others to do)’, Yoko Ono has said, ‘came after collage and assemblage (1915) and happening (1905) came into the art world. Considering the nature of my paintings, any of the above three words or a new word can be used instead of the word, painting. But I like the word painting because it immediately connects with “wall painting”, and it is nice and funny.’ But she does not intellectualise about her own works. Instead, she leaves a ‘breathing space’ for the spectator/participant, in which the works come into being through a lyrical dialogue.

The originality of Yoko Ono’s works lies in their ephemerality. While, for example, Marcel Duchamp’s art was primarily conceptual, he retained the idea of the art object, as did many of Yono Ono’s contemporaries. Her works, on the other hand, are based on a concept that is outlined in a neutral manner, without psychological dimensions, personal associations or subjectivity, and their material elaboration is to a large extent determined by the spectator/participant, even allowing for the eventual dissolution/destruction of the artwork. Thus her work is a process (becoming-being-was) that has a timescale of its own. In an art-historical context, this was a radical shift. Previously, the artwork was an exalted, timeless object (even though its creation belonged to a specific art-historical period), preserved in special social institutions – art museums – and part of a powerful commercial system. Directly and indirectly, Yoko Ono addressed this exalted nature of the art object, from an artistic viewpoint but also from a social and political one. The Instructions, which are the antithesis to the symbolic artwork, escape the possibility of becoming a sellable object. By underlining and highlighting the ephemerality of the artwork Yoko Ono renders it mundane, tears down the boundary between life and art. Instead of being a sublime and sacred object, the artwork becomes a fleeting physical and mental communication.

While we can say that this aspect links Yoko Ono’s art to that of Fluxus, which reduced elevated aesthetic and material qualities, and invited a wider and more tolerant aesthetic experience, it also links to her cultural background in Zen Buddhism, whose essence is meditation with the aim of freeing the soul from its earthly fetters. Zen emphasises insight irrespective of logical thought, and the way to acquire this is through the koan, a riddle for which there is no logical solution. In much the same way, Yoko Ono divorces her artistic conception from its material form and underlines its subjective, meditative qualities, or to quote her own words in connection with her happenings: ‘It is not “a get-togetherness” as most happenings are, but dealing with oneself.’

Also rare in art history is the generosity that Yoko Ono extends to viewers. Some of the Instructions give limited freedom of expression/expansion to the participant, such as Painting to Hammer a Nail and Painting to be Watered, 1962, where the participation is in the form of nuanced repetition. In other works like Add Color Painting, 1960, Mummy is Beautiful and Arising, however, the artist gives more licence, inviting viewers to add to the works or change them, often in a very personal manner. In this way, the artwork becomes a shared mental or physical project. The participation element is a key factor in the process of dissolving the uniqueness of the art piece – since it can be rendered simultaneously by many people and in different places – as is its refusal of the commercial. One consequence of participation with others, and perhaps the most subtle of them all, is that through it, the artist loses control of the process and evolution of the work, which acquires new life in versions made with varying degrees of creativity. Many of the object-based Instruction works in the exhibition, such as Painting to Hammer a Nail, Sky T.V., Wish Tree, Ceiling Painting, Yes Painting, 1966/2016, Imagine Peace Map installation, 2003/2016, Arising, 2013/2016 and Mummy is Beautiful, 1997/2016, have been realised by the museum’s staff. No works came to the museum in crates with the status of original, unique art objects in the traditional sense.

After having reduced the work of art to the state of an idea, Yoko Ono abandoned any signature artistic expression and production; her ideas and concepts can be materialised in whatever form and through all possible techniques. But even though the starting point is not the material or technique, a certain aesthetic approach is retained. Her use of white is an example, reflecting both the fact that in the Far East white is the colour of death and sorrow, and that in a more modernistic Western sense it is a neutral, non-colour, which reduces all personal expression or attachment. The transparent materials that recur again and again in her works, as primary mental structures, are another characteristic of her artistic expression.

By inventing new forms of art, Yoko Ono loads them with narratives and symbolic meaning. Some works, like Arising and Mummy is Beautiful, are complex and subtle in their structure and narratives, depending largely on the input of the participants in order to create powerful collective works and narratives expressing both the stories of individuals and the polyphony of society’s collective voice. Others are more direct, and even violent, like the works related to destruction and reconstruction, natural or human catastrophes, such as Invisible People, Mend Piece and Ex It. The notion of a destructive action appears in many of Yono Ono’s works, especially after the 1980s, but most of the time it is followed up by a sense of hope or an act of healing. Other works are more specifically socially and politically oriented, like Arising and Horizontal Memories, which remind us that our societies are still governed by the ‘law of the jungle’, and marred by a great deal of suffering. What all these works have in common is that they advocate feminism, peace and collective activism, a consciousness about one’s own existence and one’s relationship with the other. The works become a reminder and an invitation to take a responsible, moral and critical standpoint.

Ono’s art presents a challenge to every art museum to reconsider its nature and its limits. It urges the museum to reinvent its dialogue with the artist and the public. ‘Dream Come True’ presents a selection of Yoko Ono’s Instruction works from the last six decades. The objects are shown in the museum, framed by its architecture and mechanisms, while other works are communicated via social media. This delivery of the Instructions, photos and films to the public with the help of internet and smart phones underlines their ephemeral and de-sacralised nature.

Even though Yoko Ono’s art is open and complex, driven by a need for participation with others, it always retains its core meaning, which is impossible to flee from or divert. To a large extent, her art deals with the nature of art itself, as well as her belief that there is a better future, ‘if we just want it enough’. 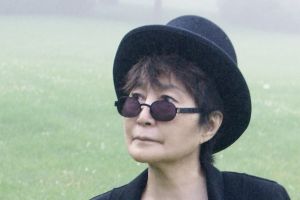 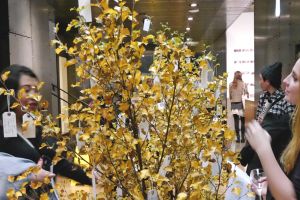