The 1970s were eventful times for Icelandic society, economically as well as socially and culturally. Here the ’70s are called “the women’s decade” for the new women’s movement, the second wave of feminism, that spread like wildfire on both sides of the Atlantic and hit the ground running in Iceland too. The Will as a Weapon looks back on the years from 1970 to 1980, presenting artists who share the common past of having been among the many Icelandic women who worked in visual art in that decade. Many reached maturity under the sway of the times; others met it fully formed. The exhibition explores how their artistic creation was influenced by feminism and by art-liberation movements such as conceptual or new textile art.

The home: In articulating a realist image of womanhood as part of feminist culture, women began to interpret themselves and their status on their own terms and to create an art that reflected their lives. The frequently-invoked “feminine experience,” based on personal experience, became current and prominent in art, as rightful a subject as any other, conveying common human meaning. Women depicted their workplace, the home, in all its variety, imbuing it with new meaning.

Political allusions: Repugnance at the superpowers’ conduct of war and the resultant world-wide protests shaped the decade. In Iceland the focus was the American base at Miðnesheiði and Iceland’s membership in NATO.  Class politics also intensified. Demands for equal pay for equal work grew louder. Women in fish-processing and itinerant workers united in their fight for better conditions. 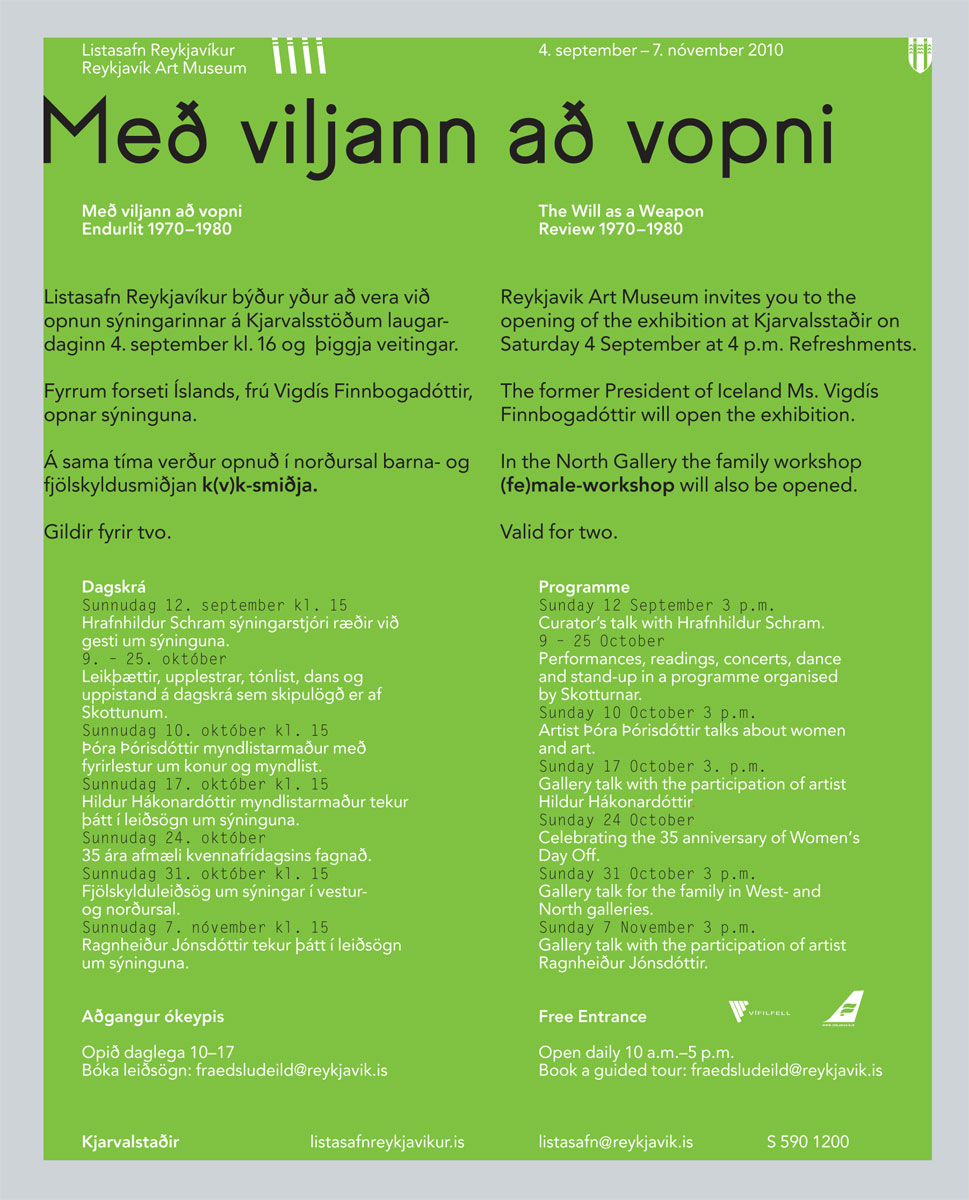 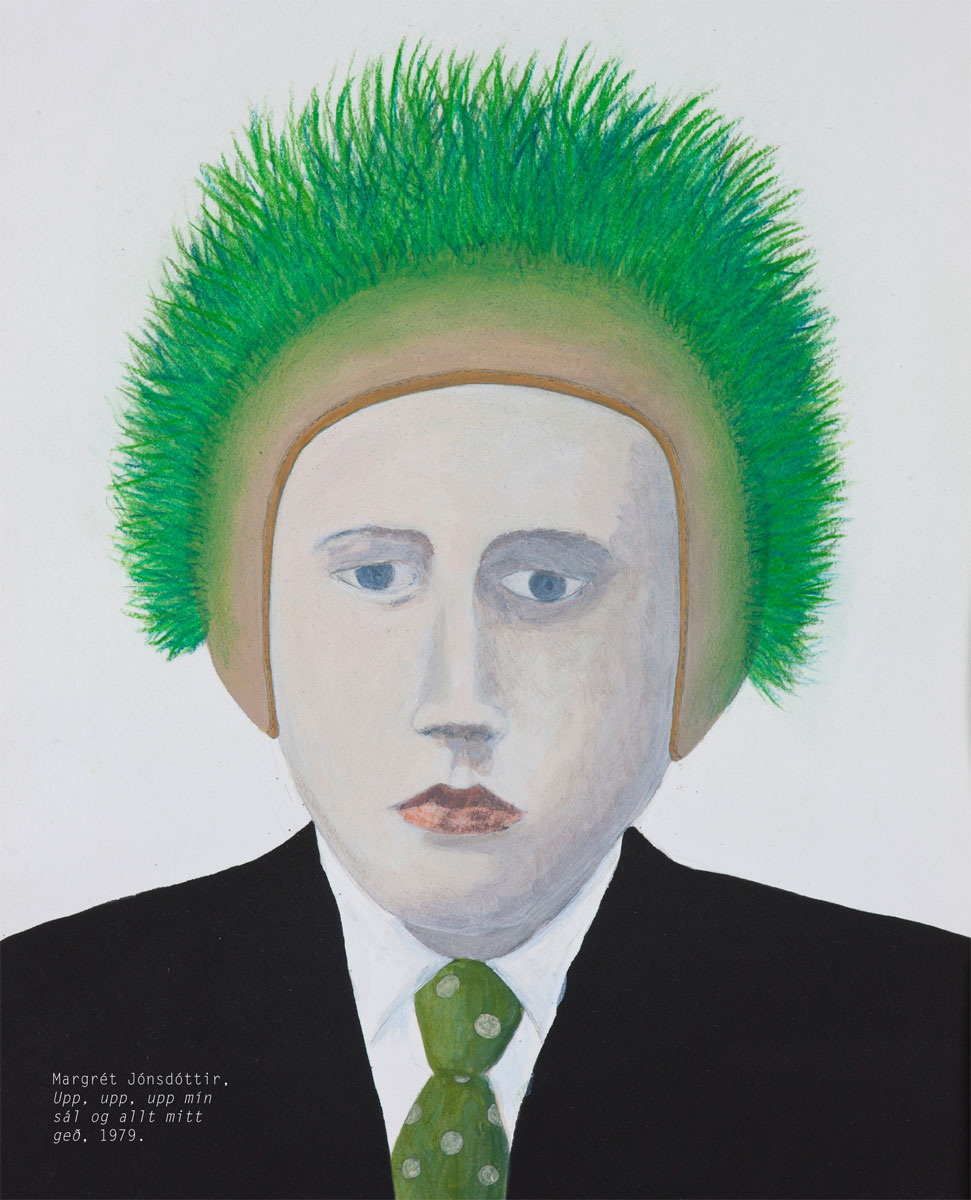