Visual Symphony – The art of Bragi Ásgeirsson for 60 years

Retrospective of Bragi Ásgeirsson’s works spanning his career from 1947 until today. On display are about 100 works of oil paintings, graphic works, drawings and found objects. In connection with the exhibition a lavish catalogue will be published featuring autobiographic text and large number of photos of the artist’s works.

No one artist more than another has had a decisive influence on Ásgeirsson’s art. Ásgeirsson holds certain painters in a higher esteem than others, and to name a few: Picasso, Munch, Jón Stefánsson, Modigliani, Matisse and Hammershøi.

The Formative Years 1947–1954: In 1947 Ásgeirsson was enrolled in the Icelandic College of Art and Crafts and studied there until 1950. He then moved to Copenhagen to study at the Art Academy and later to Oslo where he studied for one year with his schoolmate and friend Guðmundur Guðmundsson (Erró). After the stay in Oslo he traveled to Rome and Florence in Italy where his time was spent drawing, visiting museums and living life to the fullest.

Printmaking and geometric abstraction 1955–1960: In the years 1955–1956 the artist was studying in Copenhagen and had a very fruitful period in the printmaking workshop at the art academy. He returned home in 1956 and stayed in Iceland for two years before he received a scholarship to study in Munich, Germany from 1958–1960. There he mainly worked on geometric abstraction under the guidance of the well-known French artist Jaques Deyrolle, who saw talent and potential in Ásgeirsson as an artist. Deyrolle encouraged Ásgeirsson to continue painting. In this period Ásgeirsson worked simultaneously on figurative and abstract works which was considered unusual at that time.

Painting 1980–2008: For about 15 years Ásgeirsson has been working almost exclusively on assemblage art, but from 1980 onwards he returned to concentrate on painting. The paintings from this latest period are varied, colorful and unexpected — often deep and even dark but simple and bright in between. The images often reflect the artist’s experience of the city and the nature, but the view from his studio to the ocean has also inspired many such works.

Pop 1960–1980: Due to the lack of a working environment, accompanied by a searching mind and with influences from zeitgeist, and changes in the art world led Ásgeirsson in the early 1960’s to change direction almost entirely. He started to glue pieces of fabrics, toys and things onto the picture plane. The well-known pictures he made after a trip to Selsvör beach were created from things that his children found on the beach. They delivered the found objects into the palms of their father and urged him to use for his art. In this period influences from pop art, neo-dada, surrealism, trash art (junk art) and readymade art can be seen in his works. 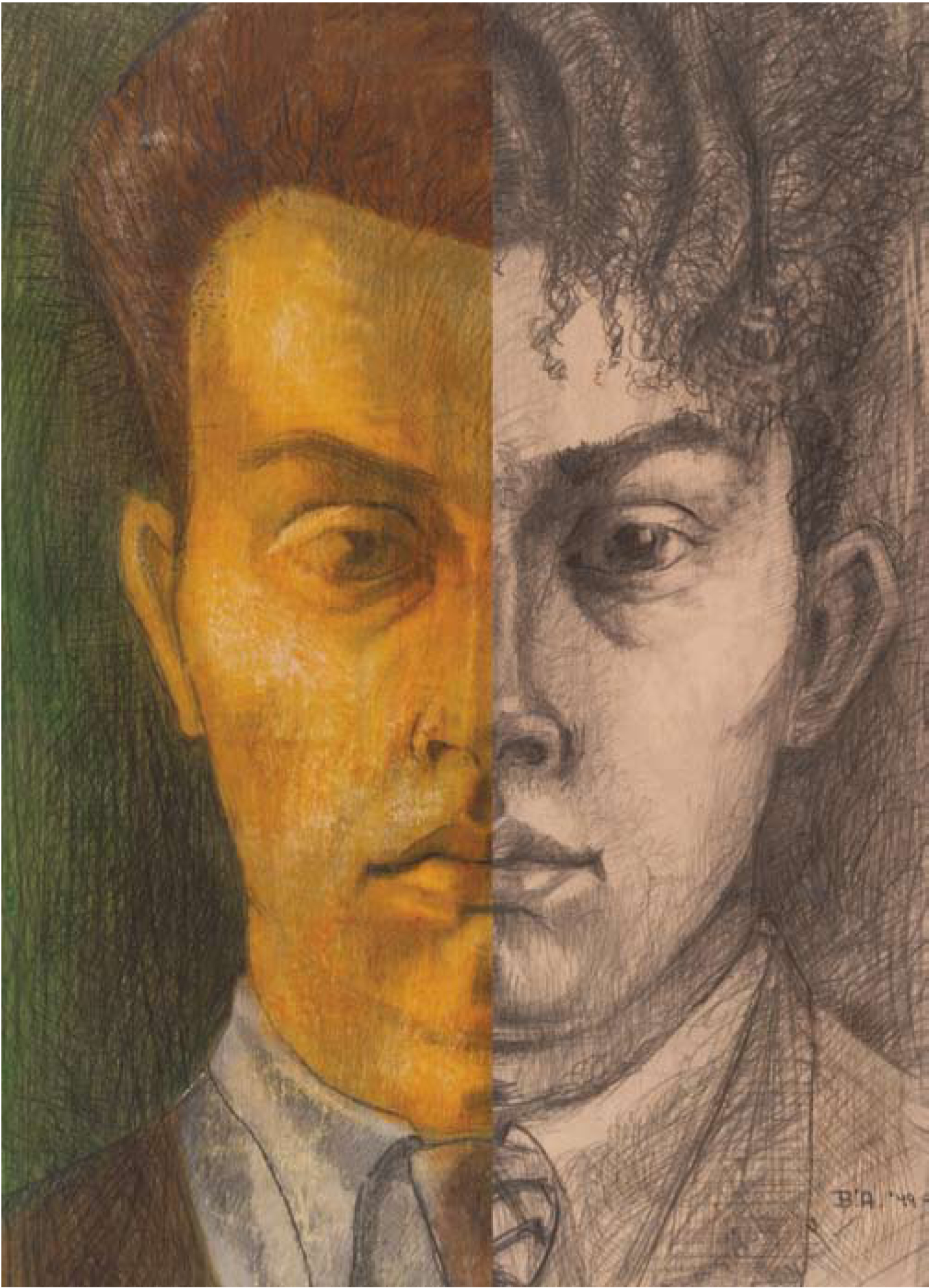 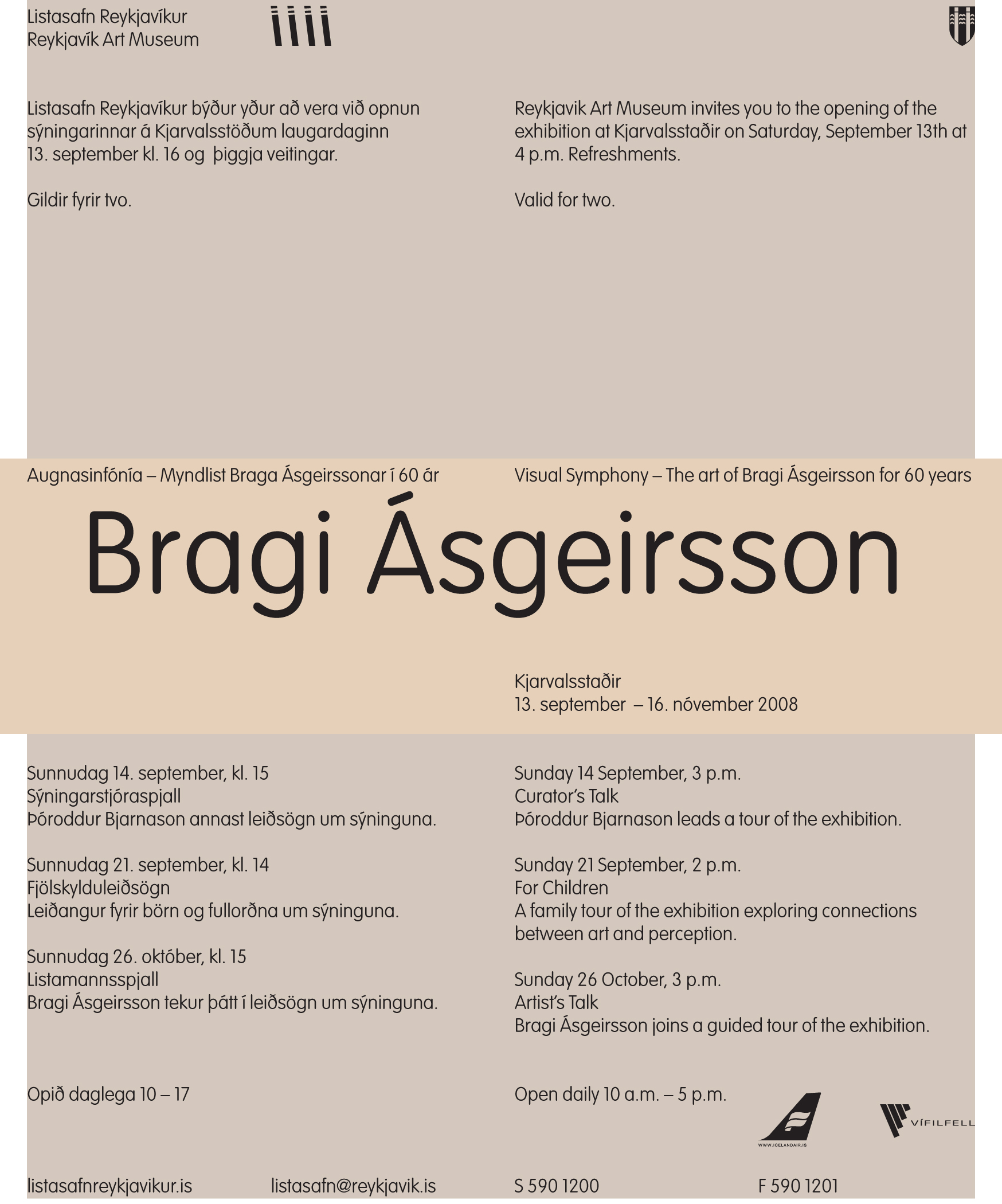