Is it possible to make a living from art?
In his practice, Saemundur Thor Helgason examines the role of visual art and its conditions in the market driven and technologically advanced world of today. His work is shaped by the premises of each exhibition and poses questions about the economic, political and social agency of visual art in the present age.

The exhibition Rate of Return % in Gallery D of Hafnarhús is first and foremost conditioned by its economical premises, which is the artist’s fee. Instead of using the fee to produce art Helgason decided to invest the sum. The artist contacted Icelandic banks and received financial advice looking into different ways of return. He interpreted the banks’ advice and laid out their suggestions on large wall posters that are on display in the exhibition. To avoid the material cost of the exhibition, and also to maximize the return of his fee, the artist decided to seek sponsorship from ARTIS, a company specializing in printing and labelling for businesses. In return the artist offered the company a part of the exhibition space and so their advertisements now cover the pillars and the floor of the gallery. Thus, the outcome of the exhibition is marked by the aesthetics of the market. The same goes for the exhibition’s promotional material; the video that can be seen outside Gallery D is inspired by stock footage and advertising from financial businesses.

At first glance the exhibition seems like Helgason‘s an attempt to make a profit on art. On the other hand, it is also the artist’s way of withdrawing from conventional art production. In the exhibition the dream of making a living from art has been taken seriously and put in context with marketization in today’s society. Here, the practice of the artist is also linked to the activities of the market that aims to return the greatest profit with minimal effort. In this sense, Helgason’s work can be called white-collar art, referring to a comfortable job that doesn’t require manual labour, unlike the work of the diligent artist. Art as business.

The exhibition Rate of Return % addresses the role of art in a world of marketization, referring to the individualism of our times. It can be seen as a contribution to the ongoing discourse about solidarity among artists when it comes to their terms and conditions in the labour market. The exhibition opens in the wake of the annual allocation of the Government Artists’ Salary in Iceland, which causes heated debates each year about their validity.

Saemundur Thor Helgason (f. 1986) lives and works in London, where he completed an MFA degree in Fine Art from Goldsmiths University in 2015. He also holds a BA degree from Gerrit Rietveld Academy in Amsterdam (2012). Recent exhibitions that Helgason has participated in are ‘CO-WORKERS – Network as Artist’ in Musée d’Art Moderne de la Ville de Paris (2015), ‘Vanity Fair | Demo Mode’ in Project Native Informant in London (2015), and ‘#KOMASVO’ in ASÍ Art Museum in Reykjavik (2015). Helgason’s last solo exhibition in Iceland was in Kunstschlager in 2013.

About Gallery D
Exhibitions in Gallery D at Hafnarhús focus primarily on artists who have not previously held one-person shows in Iceland’s major galleries. The objective of the exhibition series is to offer promising artists the chance to work on their own terms in a public gallery, and to draw the attention of museum visitors to new and interesting developments in the art world.

The series, which takes its name from Galley D at Hafnarhús, was launched in 2007 and has now resumed after a gap of some years. Many interesting artists have exhibited in Gallery D – a total of 23 artists have participated in the project, which was awarded a DV Culture Prize in 2009. 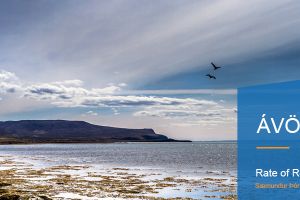