“I see myself writing, and I hear the pen on the paper.”

Kjarval’s words could be taken as the theme of his exhibition – as they focus attention on the material, the method and the imagination. We see Kjarval at work with his pen or brush in hand: he draws, writes; sketches in ink, pencil or tusch. On all kinds of paper he draws lines – delicate or raw, silent or aggressive.
The title Marginalia refers to peripheral entries in the margins of a body text, as often seen in old manuscripts, and vividly described by Umberto Eco in The Name of the Rose: “This was a psalter in whose margins was delineated a world reversed with respect to the one to which our senses have accustomed us.”  Thus Kjarval’s marginal world is manifested in letters and notebooks, on the backs of envelopes and all sorts of scraps of paper, like a topsy-turvy universe seen in “wondrous
allusions in aenigmate.

” Drawings, sketches, scribbles and doodles, odd words and sentences, drafts of letters, and notes written to friends and acquaintances: it requires some patience to read this material – although it has been scanned and categorised, and is accessible for the first time in digital form. The pieces are about anything and everything – sometimes nothing at all – and they survive purely because they relate to Kjarval, forming a background or haunting presence in his life.
Kjarval’s tendency to hoard anything and everything has often been mentioned – he wrote and drew on any available surface, sent greetings and pictures all over the country, he “corresponded” as it was called in the old days of letter-writing.
Nobel-prizewinning novelist Halldór Kiljan Laxness described how Kjarval “spreads around him works of art with inexhaustible wealth, wherever he goes, without caring whether the material which has, by chance, become his medium on that occasion is appropriate to conserve the image; thus many of his masterpieces are made on poor-quality notebook-pages, paper napkins, lavatory paper and other such inferior materials, which deteriorate rapidly.”

A remarkable amount of such material has, however, survived, and this exhibition delves into this personal world of Kjarval’s – presenting a large number of drawings and a variety of writings in which text is integrated with images. Many of the pieces appear spontaneous and chaotic, reflecting Kjarval’s unceasing creative urge and his restless mind. Some display a more personal and darker side than the familiar face of the artist; the exhibition also includes items such as drafts of letters, which provide insight into his diverse and rewarding relationship with the people of Iceland, as well as sketches on envelopes which he would develop into new works. Here we catch a glimpse of the artist’s many sides: the writer, the poet, the coiner of new words, the friend and companion – and above all the artist who will always take us by surprise. 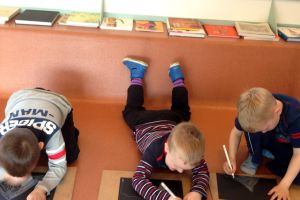 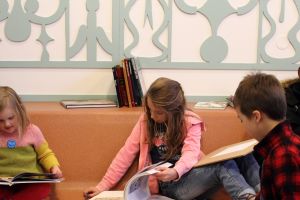 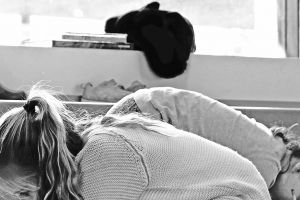