Red Thread is a diverse and extensive exhibition on the works of artist Hildur Hákonardóttir. During her long career, she has addressed contemporary issues and gender politics, using varied media but mostly weaving. The exhibition contains many of Hildur’s best-known works, which have become important landmarks in Icelandic cultural history and influenced societal changes. There are also installations, photographs, videos and computerised drawings from a career that spans over 50 years. Curator is Sigrún Inga Hrólfsdóttir, but the exhibition is the result of her research into Hildur’s career. In 2021, Reykjavík Art Museum was awarded the Museum Fund’s Excellence Grant to examine women’s part in Icelandic art.

The exhibition offers an insight into Hildur’s career and her methods, which are interwoven with prevailing issues of each period, particularly regarding the environment and equality. Hildur is also a productive cultivator and has speculated on various systems, both manmade and organic, that can be found in the world.

Between 1956 and 1963, Hildur lived in New York State with her then-husband who later became one of the pioneers of computer technology in Iceland. Thus, she witnessed the computer technology in its infancy, but also got to know the women’s rights movement, black people’s fight for their rights, war opposition and environmental discussions, as well as perceive new manifestations within the art world – pop art, Fluxus and conceptual art.

She was one of the pioneers of the redstocking movement which transformed the equality struggle in the 1970s. The redstockings participated in political discourse and initiated publishing, performances and other types of activism, opening the eyes of many to the oppression of women. Hildur was one of the few women in SÚM artist collective, and ever since her first exhibition at Gallerí SÚM in 1971, she has addressed contemporary issues through traditional weaving techniques, mixed with other methods. Between 1975 and 1978, she was headmistress of The Icelandic College of Art and Crafts and opened two new departments in the school, including what later became the modern art department and was meant to further new, postmodern ideologies of the times. This department had considerable effect on the art world in Iceland and further afield, and so Hildur’s influence on art education in Iceland is still visible. She was director of LÁ Art Museum for a long time. In recent years, Hildur has focused on writing, her best-known books are Ætigarðurinn (2005) and Hvað er svona merkilegt við það að vera biskupsfrú? (I – II, 2019-2021).

The exhibition is accompanied by the publishing of a superb book on Hildur’s life’s work, with discussion about her key works, photos from her career and and essay by  curator Sigrún Hrólfsdóttir. 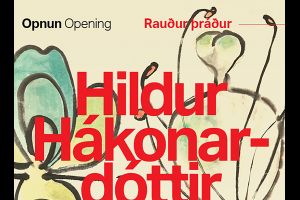 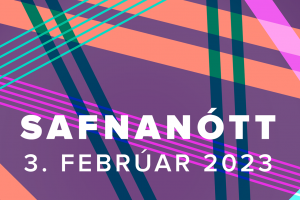 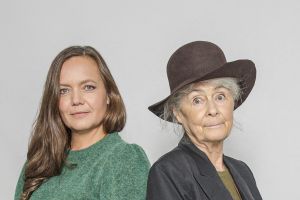 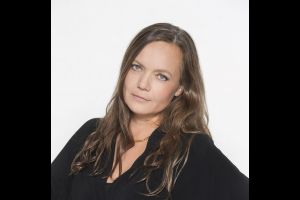