D32 Páll Haukur Björnsson: The Whole is Always Smaller than its Parts

Páll Haukur is the 32nd artist to exhibit his work in the D-Hall series which started in 2007.

Some kind of landscape is presented in the exhibition, made up of different sculptures. But what is a sculpture? What constitutes the boundaries of a single object and its relationship with other?

Páll Haukur Björnsson’s interest lies in expanding these questions through the act of sculpture-making. He uses still and moving images, objects that are ephemeral, usually from nature; and permanent materials that are synthetic and man-made. Text or words play a role, but as bodiless ‘things’ rather than communicating thoughts that a string of letters allude to. Words, written or when read out loud in different voices, become ‘formless’ objects that negotiate the quivering connections, which are precariously, holding each sculpture into a ‘whole’. Envision the connections as spaces and gaps around the alphabets of a written word. To reach and touch the precariousness of the wholeness, nonentities lurk in the landscape. Gestures like holding, resting, dripping, squeezing and so forth, are embodied by gravity, temperature, light, air and time.

Björnsson approaches his materials by unraveling and displacing the definitive meanings the objects inherit. He searches the boundaries of their inertness to find an affinity or opposition. He manipulates an object away from its everydayness and perches it at a point where its inherent being becomes obscure. The Parts reminiscing changes undetectable in the fleet of a moment, but they subtly shift an indescribable but recognizable place in a language.

Páll Haukur Björnsson (b. 1981) received his BFA from Iceland Academy of the Arts in 2008 and later his MFA from California Institute of the Arts in 2013. He has actively shown his work and performances in solo and group exhibitions in Iceland, USA and Europe. Björnsson currently lives and works in Reykjavík.

The D-Hall series aims to give promising artists a chance to hold their first solo exhibition in a public art museum and direct attention to new and exciting currents in the art world. 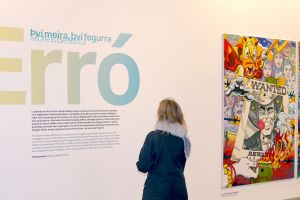 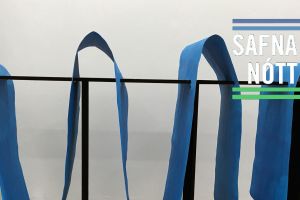 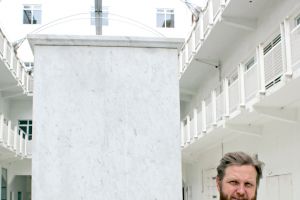 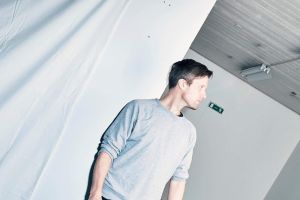