The paintings by Ragnar are the result of years of experiments where he typically paints people set in neutral surroundings. He displays his models in an ambiguous manner, immersed in an atmospere of mysticality. Large, multi-layered colour fields are mixed together with fine pencil drawing. The works are equivocal, suggestring a subtle movement in time and space, so it seems that the artist is attempting to grasp something other than what is visible to the plain eye.

Ragnar´s paintings offer us a glimpse of people, shrouded in mystical atmosphere. Huge, multilayered, coloured surfaces are intertwined with delicate brush strokes. The artwork is ambiguous and indicates a subdued movement in time and space, it looks as if the artist is trying to capture things which are normally hidden from the naked eye. Some kind of turnaround seems to have taken place. Instead of paintings of people we get people as paintings.

The paintings take on a human form through the colours and lines of the artist, they take on a human disguise. The audience minds fill in the blanks, forming characters. Each individual is different, with his or her own characteristics, captured in an image expressing emotions and telling a story. In much the same way as the artist, we stir up various motives – people we know, photos from family albums, characters from movies, portraits from art history and so on. The paintings, painted in 2013-17, are untitled so we have nothing to go on apart from Ragnar´s imagery and our own imagination.

Ragnar is the 30th artist to exhibit in the Gallery-D series at Hafnarhús. Ragnar was born in 1977 and graduated from Iceland Academy of the Arts in 2010. He has held a few solo exhibitions, participated in group exhibitions and this summer he will take part in the Nordic Biennial, Momentum, in Norway.

Gallery-D normally holds work by artists who have not had previous solo exhibitions in any of the country´s biggest museums. The series aim to give promising artists a chance to work within the walls of the museum and call attention to new and interesting voices in the art world. In 2017, a total of four exhibitions are planned in the series. 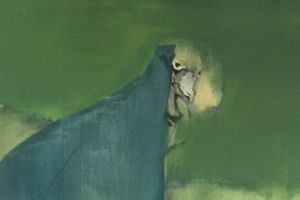 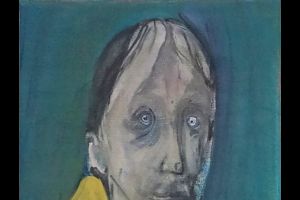