In Some New Works, Ámundason stages the exhibition with some new pieces. He adds an unconventional, yet genuine account telling viewers about the artworks they see and the ones they might not be seeing. In his statement, Ámundason “wonders if it’s relevant what one presents in an exhibition. And if what is exhibited isn’t relevant, how should one decide what to exhibit and how to exhibit it.”

Ámundason deliberately stages instances with twists by doing actions as common as walking around with a stick, having a conversation, or chewing biscuits. Ámundason captures the nuances of imperfect moments precisely through repetitions in his performative art, and in similar manners he unfolds the vulnerable disposition over and over again with “debris” or “blemish” that is his artwork.

His latest solo exhibition in Iceland was Crowd Show in The Living Art Museum, 2015. Ámundason received the Swedish Edstrandska grant in 2013. 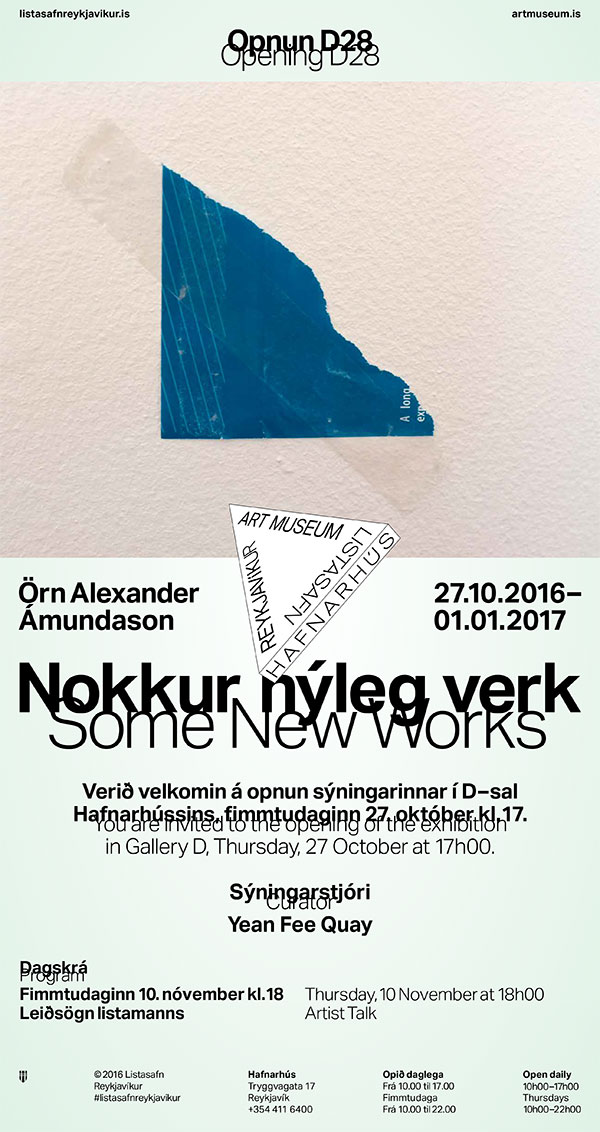