This exhibition introduces a group of young Icelandic artists who have concentrated on painting in the last few years. While they may not share a style or a philosophical outlook, these artists do share a visual culture—shaped by comic books, animated films, computer graphics, and street art—which has profoundly influenced the graphic sensibility of their work and which separates them from earlier painting movements. These influences are visible in the formal elements of their works rather than in their imagery. Although some flaunt appropriated images, most of the paintings originate from the artists’ own imagination. Formally, they tend to favour flat fields, sharp outlines and unmodulated local colours, similar to comic book styles. They tend to be figurative and playful in a significantly non-ironic way. Almost all are vivid in colour. Still, the paintings are far from uniform. Some are crude and emotionally charged, while others are understated and controlled, with carefully delineated forms and decorative patterning. Some are painted with industrial materials on rough wood panels, some with artist ink on fine paper, and some consist simply of poured paint without support.

The title, Ljóslitlífun, translated as Coloursynthesis, is a neologism, created through a play on the Icelandic word for photosynthesis—ljóstillífun—by turning the second syllable, “til”, around to form the Icelandic word for colour (in the accusative case), “lit”. The word refers to a conversion caused by light, which may be taken as a many-leveled metaphor for painting.

Sunday 21 February 3 p.m.
Hafnarhús – Coloursynthesis
Forum: With participation of the artists and curator. 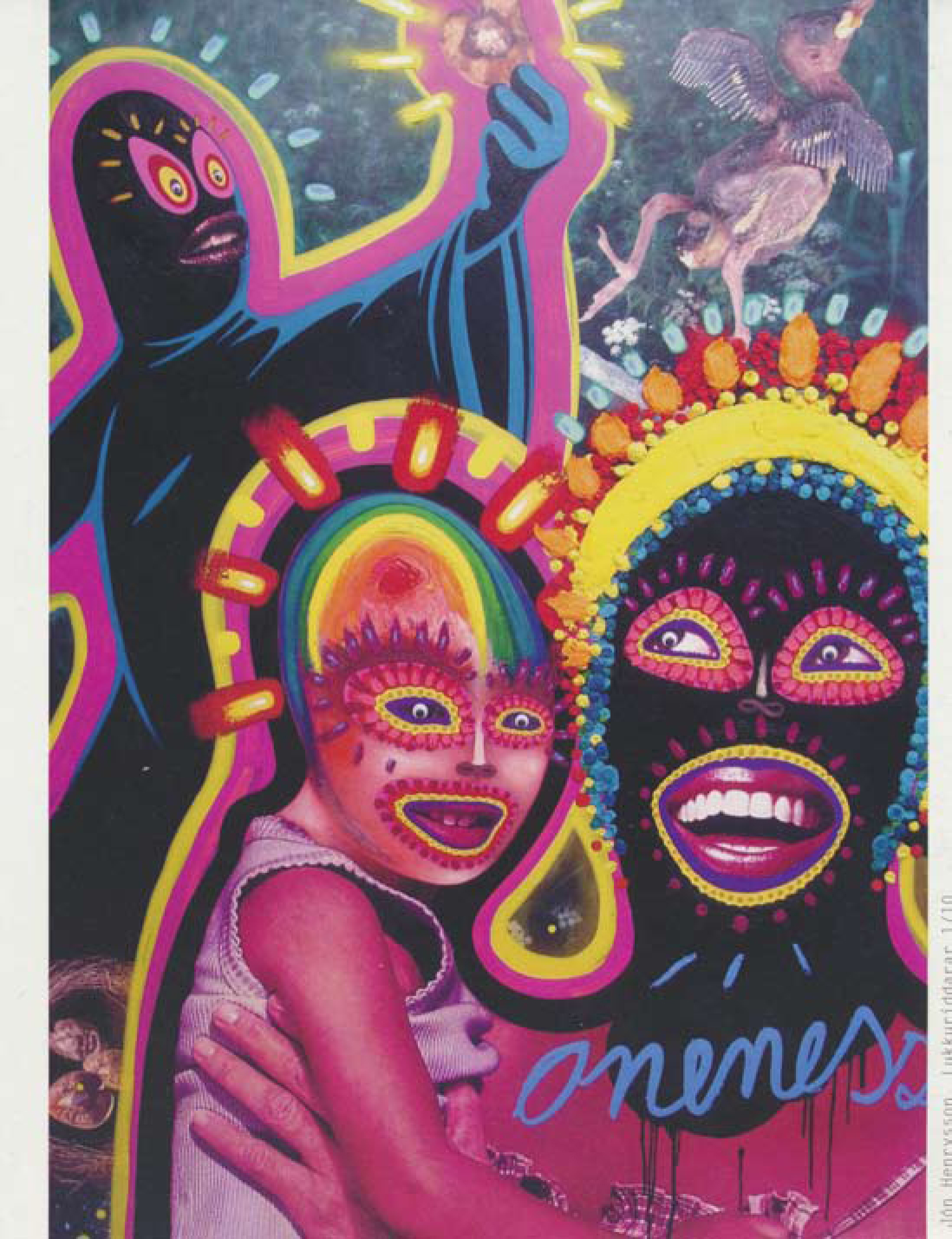 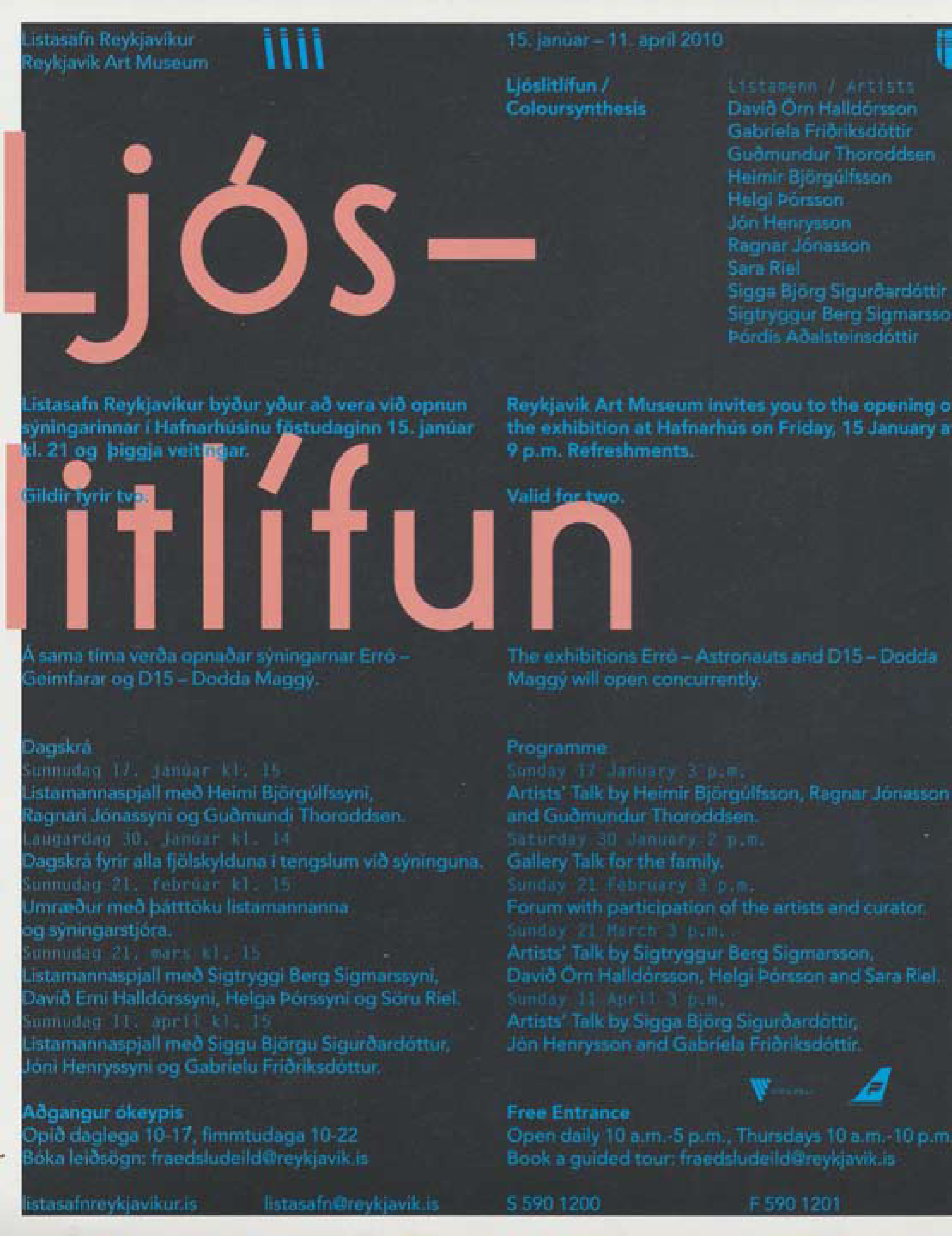