The exhibition explores Icelandic product design at the beginning of the 21st century through the work of several designers who have in recent years attracted attention for their innovative ideas.

Product designers make things and create experience. They identify needs and opportunitiesopportunities while also taking into account production processes, choice of materials and the impact on the environment.

A handful of outstanding projects have been selected, each of which reflects a specific design approach, thus giving an insight into key trends in Icelandic product designing in recent years. The designers and companies selected each have their own emphasis in their design. They reflect experience designing, craftsmanship, local manufacturing, material research, mobility and mass production. The projects show the diversity in the field and the opportunities on offer to society by utilizing the forces of creative thinking.

The design field maintains a steady demand on innovation and speed. The projects in this exhibition resist that tendency; they are case studies exemplifying development over a long period of time. Behind them there lies a genuine and substantial knowledge of each subject at hand.

Research - Brynhildur Pálsdóttir, Ólöf Erla Bjarnadóttir, Snæbjörn Guðmundsson
The search for Icelandic Porcelain is a joint project between a designer, a ceramist and a geologist. The aim is to find Icelandic minerals which can be used to make porcelain.

The biggest difference between porcelain and other clay is that the latter is normally used in its natural form but porcelain is a composite material, light in colour. It also has a much higher firing temperature than clay, which means you can make stronger, and more exquisite things.

Porcelain is originally mixed from three minerals: kaolinite, quartz and alkali feldspar. Iceland has substantial quantities of pure quartz. Kaolinite is also found around the country, in active and inactive geothermal areas, but usually it is heavily mixed in with other minerals. Alkali feldspar, though, is almost nowhere to be found pure in the country. In order to produce Icelandic porcelain the search is on for other minerals which could replace it.

The work involves taking samples of suitable Icelandic minerals, experimenting with them and researching them. Here, the focus is on the journey rather than the destination.

Craftsmanship - Brynjar Sigurðarson
During the winter of 2009, Brynjar Sigurðarson stayed for a while in the shed of a fisherman in Vopnafjörður, learning the traditional craftsmanship and choice of materials involved in the trade. Subsequently he began transferring the fisherman´s ways of knitting nets into crafts which above all else have aesthetic value.

Brynjar´s work usually has an undefined role. Their form and choice of materials bring poetic connotations. They strive towards harmony with diverse textures and combinations. A warm, furry tail against a cold, shiny table top. The tamed form and the untamed are the designer´s alliteration. The overall image, as well as the details, gradually forms an alphabet which slowly develops into a language, spread over various projects.

The work which is created in Iceland is rough, but becomes refined abroad. Some examples of this are the furniture which Brynjar made at the Iceland Academy of the Arts and later for Gallerie kreo in Paris, as well as the sticks he made for Spark Design Space and later with Swarovski in Wattens, Austria.

Mass Production - Sigga Heimis
In 1999, Sigga Heimis designed her first item for IKEA. Since then she has gained a deep knowledge of and insight into consumer´s habits and production of objects.

The design process is influenced by a few formative factors. The Euro-pallet is an important part, all the products must fit thereon and be easily stacked upon it. At IKEA each product must pass a certain test regarding quality, utility, sustainability, price and aesthetics. It must score a certain minimum grade in all of these fields to reach the production stage. The higher the grade, the likelier it is that the item in question will be produced.

In 2000, IKEA introduced the so-called IWAY-standard, whereby the manufacturer is required to take responsibility regarding wages and work hours, social responsibilities, safety in the workplace and environmental effects, to name a few things. Other companies have now adopted this standard and it is an important part of improving the way we do business.

As you can see, there are many different things to take into consideration before an item gets mass produced. The requirements have changed and people´s way of life is constantly changing. These are the challenges which Sigga faces today as she has become increasingly involved in design management.

Local Manufacturing - Tinna Gunnarsdóttir
Tinna Gunnarsdóttir has for a long time worked with Icelandic production companies and craftspeople. The resulting works have been either single pieces or produced on demand.

As a designer, Tinna explores her surroundings, aided by everyday objects. She deals equally with the private space of the home or the natural context. She places materials and technology in unexpected circumstances, thus creating a fresh perspective, an expanded experience – a fun and distorted context.

In later years, Icelandic landscape has hugely influenced Tinna´s consciousness and awareness of space. She communicates this through material things and ideologically through videos and text.

Experience Designing - Unnur Valdís Kristjánsdóttir
The float cap first came on the market in 2011. Since then it has taken on a life of its own, regardless of the people behind it. It has opened up a world of relaxation, togetherness and nature experience. Fifteen swimming pools in Iceland now offer so-called Samflot (Float Gatherings) and hundreds of people enjoy floating relaxation in organised floating each week.

The product has thus led to innovation in the tourist industry and the health sector which offer many kinds of floating and water relaxation. We have also seen the birth of floating events, called Heilsudjamm (Wellness Party), where the focus is on enhancing the neurotransmitters, dining and togetherness in water. The cap has also encouraged interesting neologisms.

Mobility - Össur
The company Össur was founded in Iceland in 1971 and has become a global power in health technology. Designing and producing prostheses, bracing and support products, with the aim of improving people’s mobility through technology, research and innovation. The company has close to  three thousand employees in over twenty countries, who have achieved outstanding results and helped to make the company’s vision a reality. Össur has helped people overcome physical obstacles, flourish and live a fuller life.

The Pro-Flex® artificial leg is the company’s latest product and the first one in a new generation of carbon fibre feet. The design features are 80% improved ankle mobility, and increased thrust power of 90%, compared to a standard artificial foot. This leads to more natural way of walking which is very important to the maintenance of a healthy musculoskeletal system. Those who have lost a leg are for example much more likely to develop arthritis or other ailments in the healthy leg, as it is more strained. The new design aims to tackle this problem. 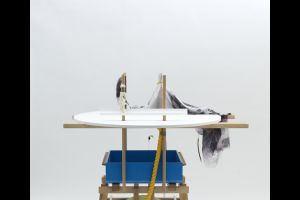 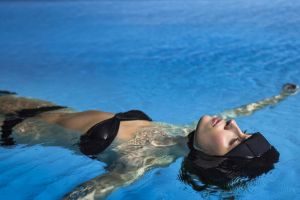 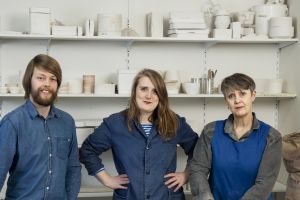 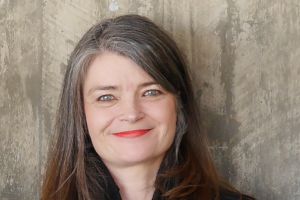 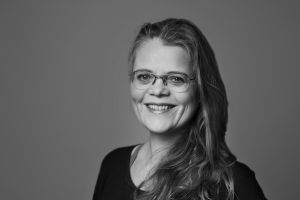 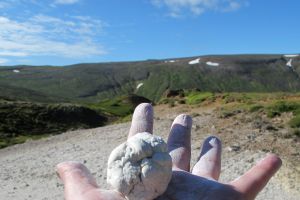