Christian Ludwig, who early in his artistic career adopted the artist name Attersee, was born in Bratislava, Slovakia, in 1940. Attersee studied art in Vienna from 1957 to 1963, where he later became acquainted with “The Vienna Actionists” (Wiener Aktionismus: Günter Brus, Otto Muehl, Hermann Nitsch, Arnulf Rainer, etc.), as well as Dieter Roth, a multi-disciplined artist. In the latter part of the nineteen sixties he created fantastic, if not absurd works of art, often with an erotic touch, that he later transferred to paper and canvas. His earliest works are drawings and paintings brilliantly executed and full of humour, with references to the imagery of collage and pop art, but characterised by a surrealistic narrative. In the seventies his works slowly evolve to become more blunt, spontaneous, and extreme, in step with the new expressionistic art form appearing in Germany during that period called “New Wild Ones” (Neue Wilde: Bernd Koberling, Markus Lupertz, Rainer Fetting, Martin Kippenberger, Albert and Markus Oehlen-brothers).

Christian Ludwig Attersee is often described as one of Austria’s most versatile artist, as he is equally well known as a musician, writer, designer, filmmaker, scenograph, and teacher. He has participated in a great number of exhibitions all over the world, but perhaps the most memorable is his participation in Documenta VI in 1977, and the Venice Biennale on behalf of Austria in 1984.  The Albertina Museum in Vienna honoured him with an extensive exhibition of his graphic works in 1997. In 2002 the Stedelijk Museum in Amsterdam organized a comprehensive exhibition of his works, and this year Museum der Moderne Rupertinum in Salzburg exhibited his photographic works.

The exhibition with the title A Dance in Shirt Valley is a selection from a collection of 63 graphic works from 1970 to 2010, donated to Reykjavik Art Museum by the Austrian gallerist Ernst Hilger and the artist himself. 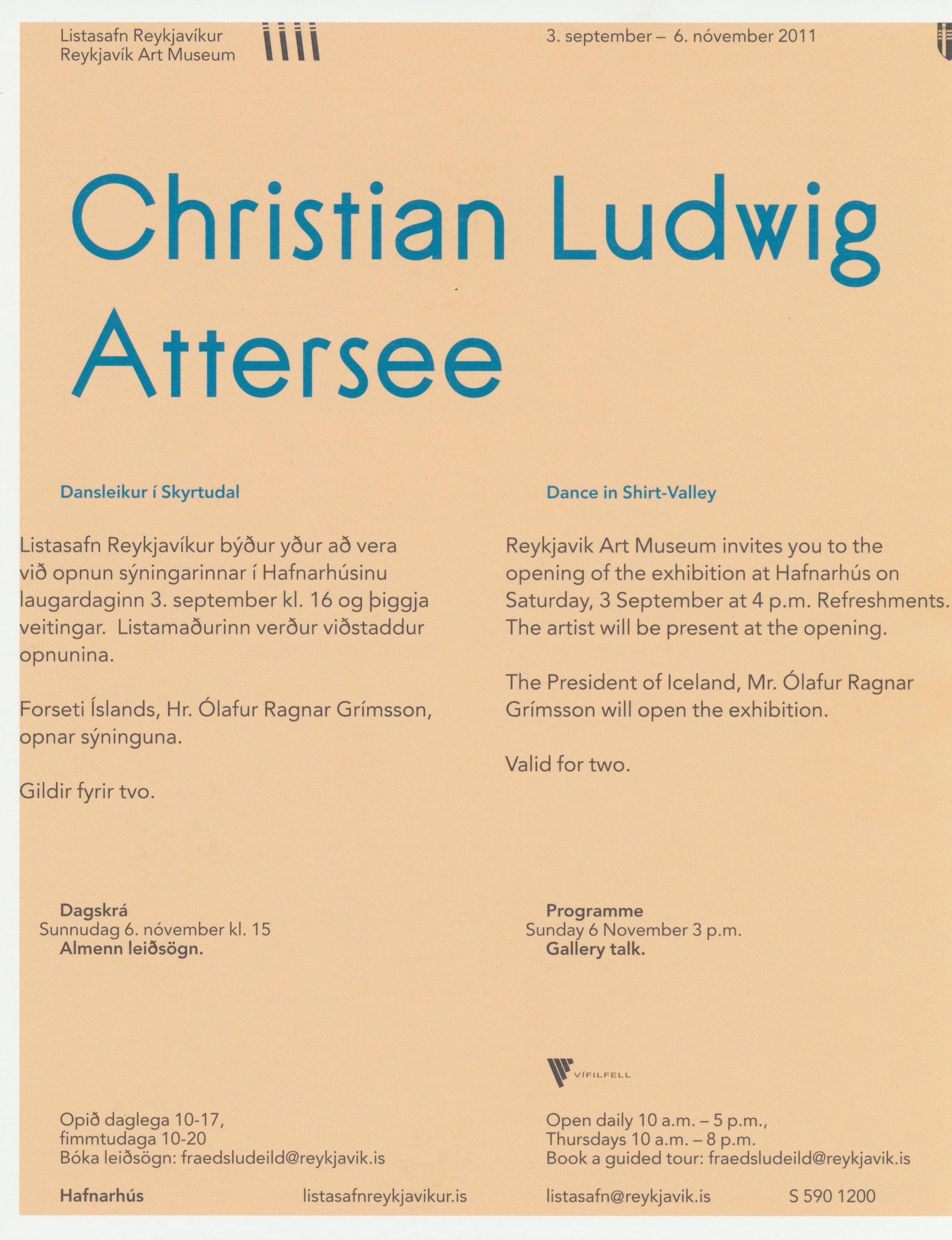