The Art of Chess

Artists of all eras and cultures have been interested in chess, “the Royal Game” of rulers, soldiers, prisoners, and exiles. From the early 20th century to the present this interest has paralleled major social (re)evolutions, with artists increasingly using chess imagery and ideas in their art. During such times, chess has provided a universally acknowledged societal model in miniature, that artists re-design based on patterns of love, war, and play.

Sigmund Freud viewed chess as parallel to psychoanalysis – a mapping of the mind - while French-born Marcel Duchamp saw chess as art. In 1944, art theorist Andre Breton insisted that “…what must be changed is the game, itself, not the pieces.” The Fluxus artists of the 1960’s made a grand game-of-making-the-game and transformed chess into a sensory questioning of identities.

In this exhibition, prominent contemporary artists, through serious or nonsensical creative play, push the boundaries of interactivity; explore mental states, real or imagined; transmute chess courtship rituals into heated intimacies; and reconstruct new identities based on the game via the deconstruction of chosen environments.

Marcel Proust once explained that what is needed is not a new landscape, but, rather, a new vision. These leading contemporary artists offer new viewpoints from which to reconsider the creative social landscape through chess, while the timeless conceptual landscape of “the Royal Game” stands ever ready to lend itself to future visions.

Sunday 22 February 3 pm
Kjarvalsstadir – The Art of Chess
Scrutinizing Art. Discussions on the concept of aesthetics and what it has to do with chess.

Sunday 29 March 3 pm
Kjarvalsstadir – The Art of Chess
Lecture of history of chess in collaboration with the Reykjavik Chess Academy and the Icelandic Chess Federation. 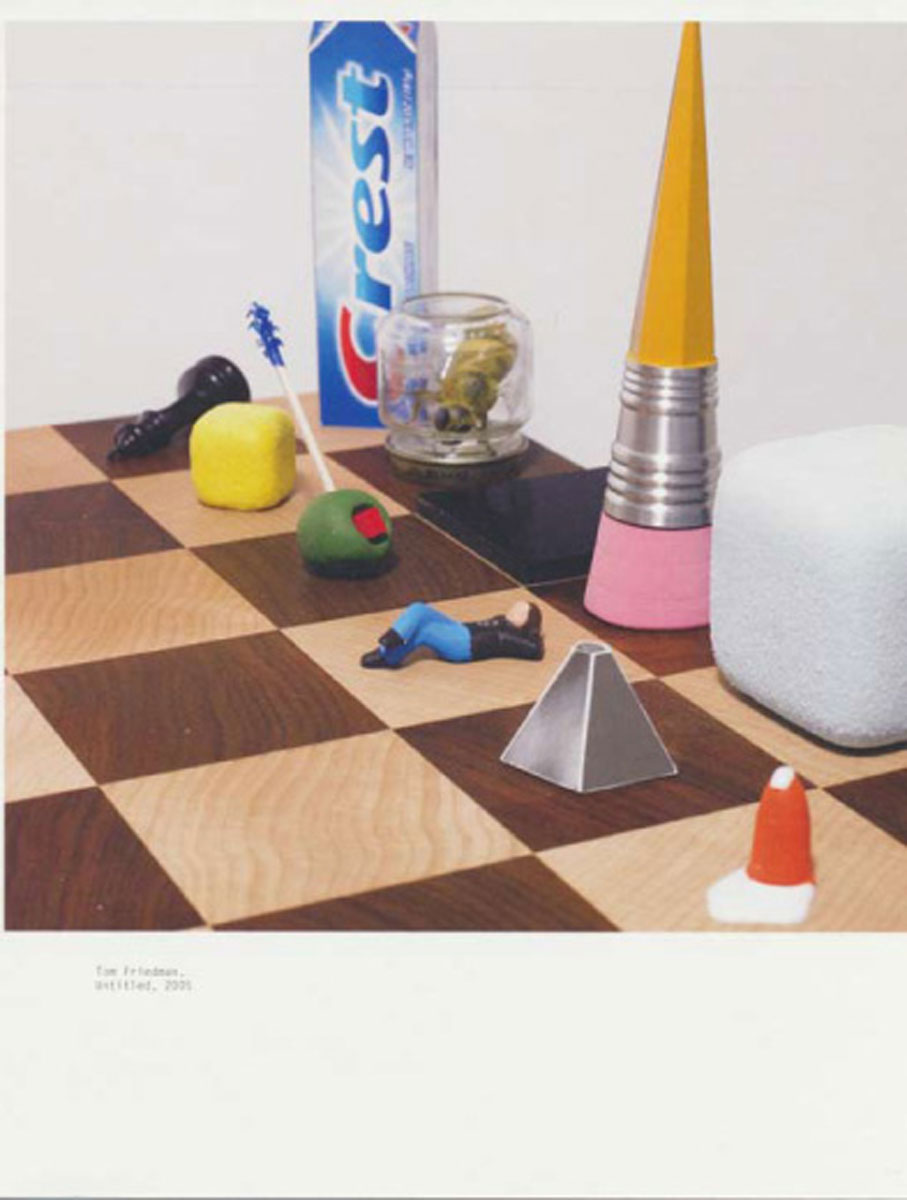 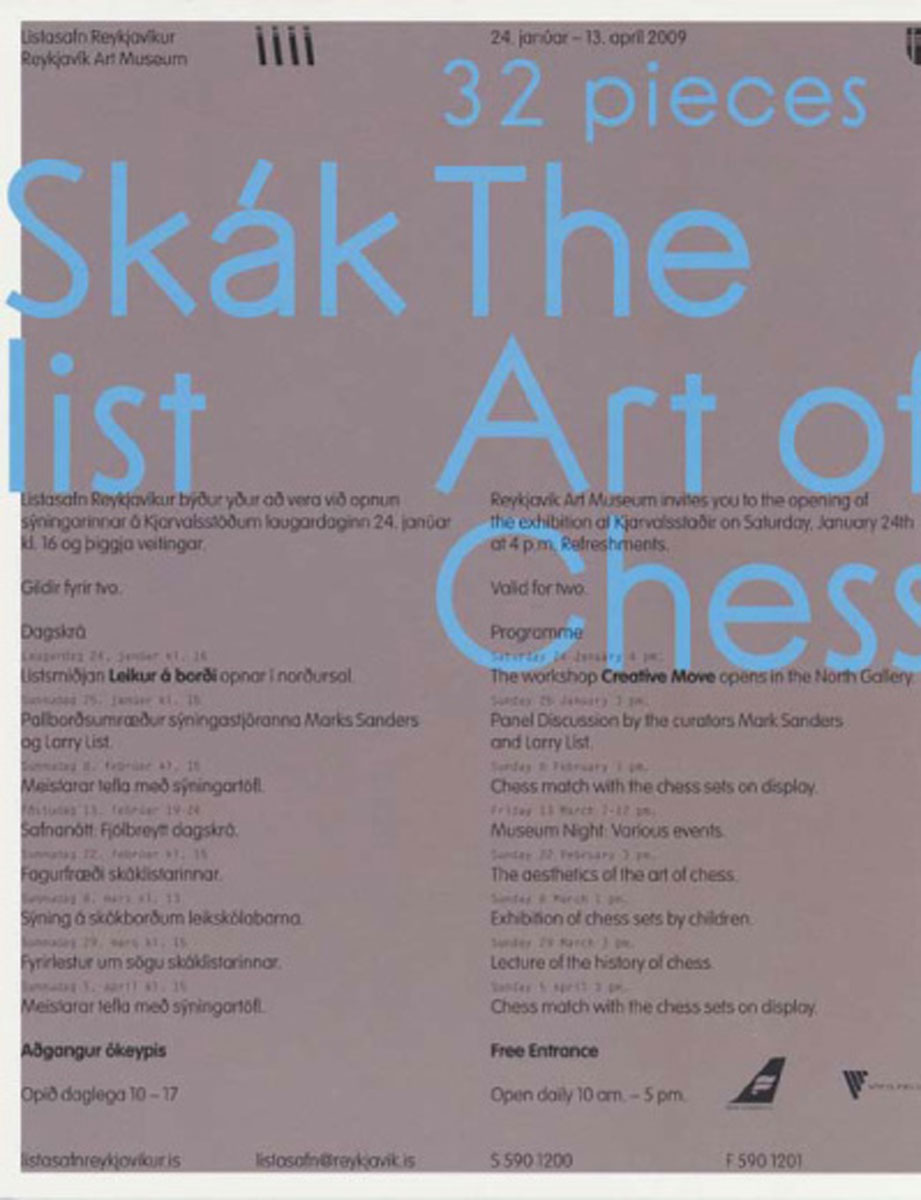