The exhibition Revolution in Photography includes more than 200 works by Alexander Rodchenko (1891-1956), one of Russia’s most influential artists of the first half of the 20th century. Born in St. Petersburg, Rodchenko worked as an artist in Moscow from 1915. He played a key role among a group of radical artists who called themselves Constructivists, seeing art as a tool that should serve the interests of society as a whole. The art of Rodchenko and other avant-garde artists of the time was an integral part of the rapidly-changing Russian society of the time, industrialisation and the revolution of the proletariat.

Rodchenko used many different media in his art, but from 1925 he devoted himself entirely to photography. He had great faith in the influential power of photographs; he saw photography as an art, and was a pioneer in that field and also in graphic design. He designed, for instance, book jackets, posters and advertisement, together with his wife and closest collaborator, Varvara Stepanova.

Nearly a century on, Rodchenko’s posters are still providing inspiration.

The exhibition is from the Moscow House of Photography Museum/Multimedia Art Museum in Moscow. 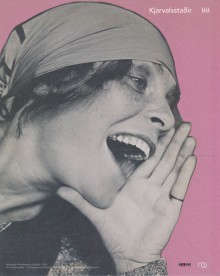 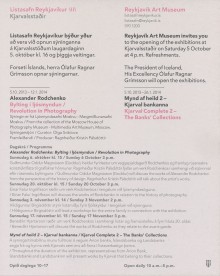