Reykjavík Art Museum will start the 2004 season with an exhibition of new works by Olafur Eliasson, who has in recent years taken the art world by storm. This event will be a great challenge and a tremendous boost for the Museum and the art scene in Iceland.

Olafur Eliasson's strong standing in the international art arena was ultimately confirmed with his show, The Weather Project, in the Turbine hall of the Tate Modern in London, which opened in October 2003. The installation has attracted widespread attention from professionals, the press and public, who unanimously agree about its magnificence. Reykjavík Art Museum is pleased to dedicate its winter season to this celebrated artist with an exhibition that is be one of the most ambitious projects the Museum has ever undertaken. Eliasson´s show in Reykjavík Art Museum occupies four halls and lasts until March 14th.

Olafur Eliasson's works consider the boundaries of human perception and the relationship between nature, architecture and technology. The physical environment which surrounds Eliasson is also evident in the work. He has used steam to render the phenomena of natural geysers, created geodesic dome-like installations by means of utopian architecture and used lava from Iceland's volcanic landscape to present new terrain within gallery spaces.

Combining such elements with modern technology, Eliasson's installations plunge the viewer into a physiological as well as psychological experience, questioning the familiar, the mundane and the divide between nature and culture. Fascinated by human perception of nature he has said 'I think there is often a discrepancy between the experience of seeing and the knowledge or expectation of what we are seeing'.

Olafur Eliasson was born in 1967 in Copenhagen, Denmark, of Icelandic parentage. He attended the Royal Academy of Arts in Copenhagen from 1989 to 1995. He has participated in numerous exhibitions worldwide and his works is represented in public and private collections including the Solomon R. Guggenheim Museum, New York, The Museum of Contemporary Art, Los Angeles, the Deste Foundation, Athens and in the Tate. Recently he has had major private exhibitions at Kunsthaus Bregenz, Musée d'Art Moderne de la Ville de Paris, ZKM (Center for Art and Media), Karlsruhe and represented Denmark in the 2003 Venice Biennale. Eliasson currently lives and works in Berlin. 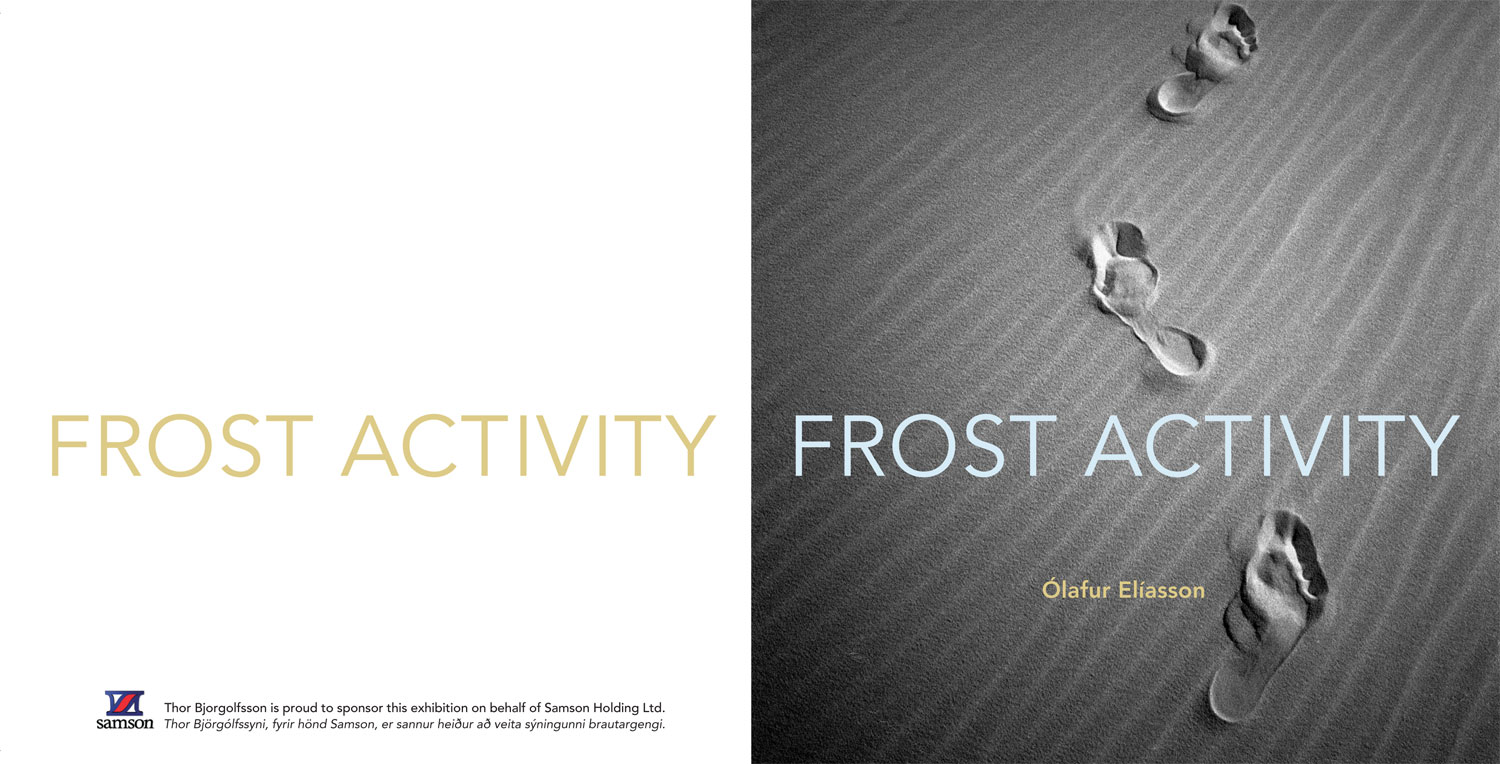 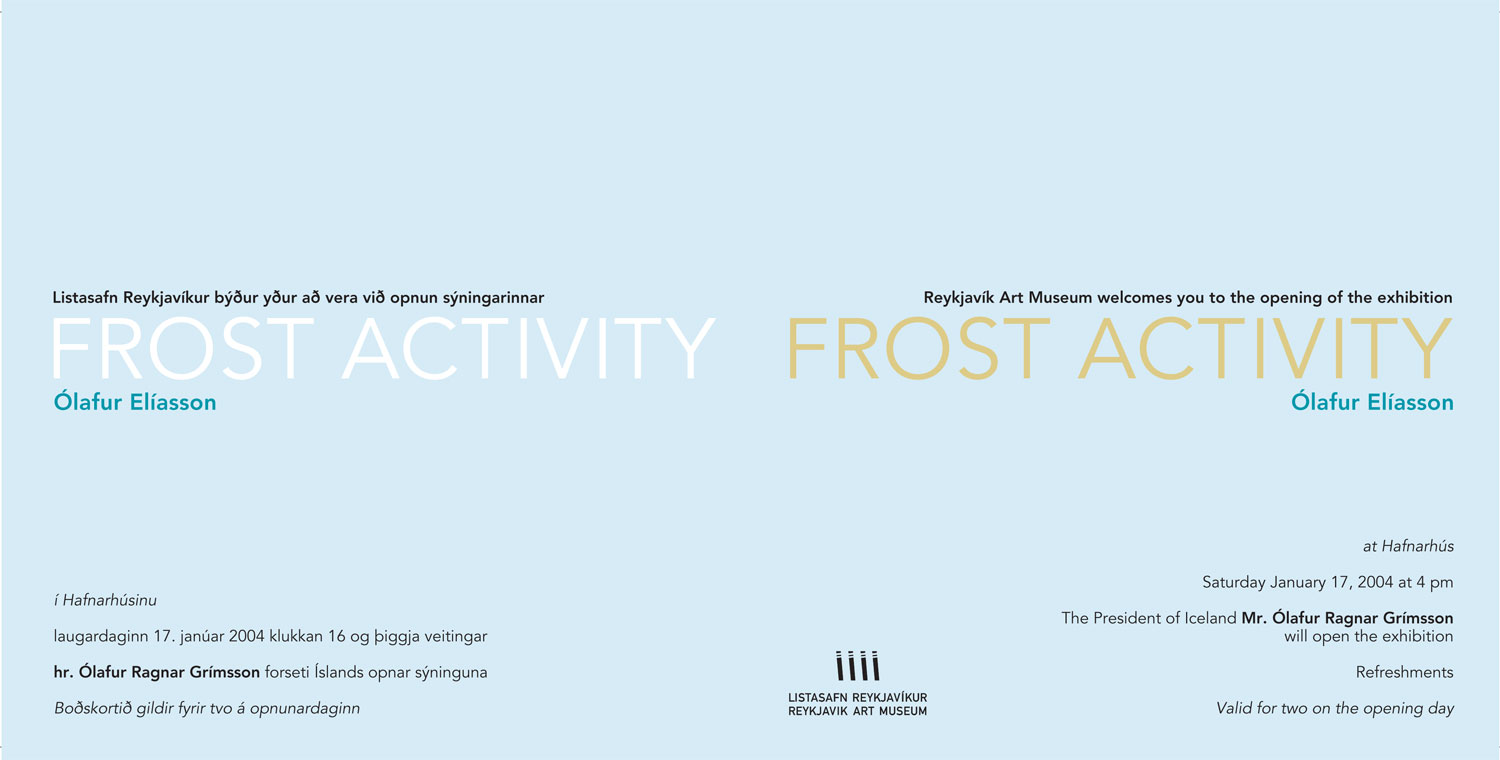