Hreinn Friðfinnsson’s art is celebrated for the lyricism that transcends the often commonplace subject matter and materials he uses. His practice encompasses photography and drawing as well as sculpture and installation. His works are linked, however, by a common sensibility and lightness of touch. His vocabulary, underscored by a delicate sense of humor, encompasses doubling, dreams, folklore, perceptual tricks and the supernatural. Through these means, Friðfinnsson is searching for equivalence between one thing and another. Within this exhibition, for example, no one piece is more important or central. Instead, the viewer finds himself in the midst of a dispersed and non-hierarchical universe, where the wonder of a simple discovery is cause for celebration.

The natural world is central to Friðfinnsson’s practice. He grew up in the Icelandic countryside, on a farm in the 1940s and 50s. He says it is impossible to separate himself from the landscape; it is in his body and part of his psychological makeup. The early experience of a vast unpopulated landscape and its rhythms is fundamental to understanding his work.

Born in 1943 in Baer Dölum, Iceland, Friðfinnsson gained prominence as a leading figure on the Icelandic avant-garde scene after founding the group SÚM with other artists in Reykjavik in 1965. He moved to Amsterdam in the early 1970s and has been living and working there ever since.

This exhibition is presented in collaboration with the Serpentine Gallery in London and artist Olafur Eliasson. 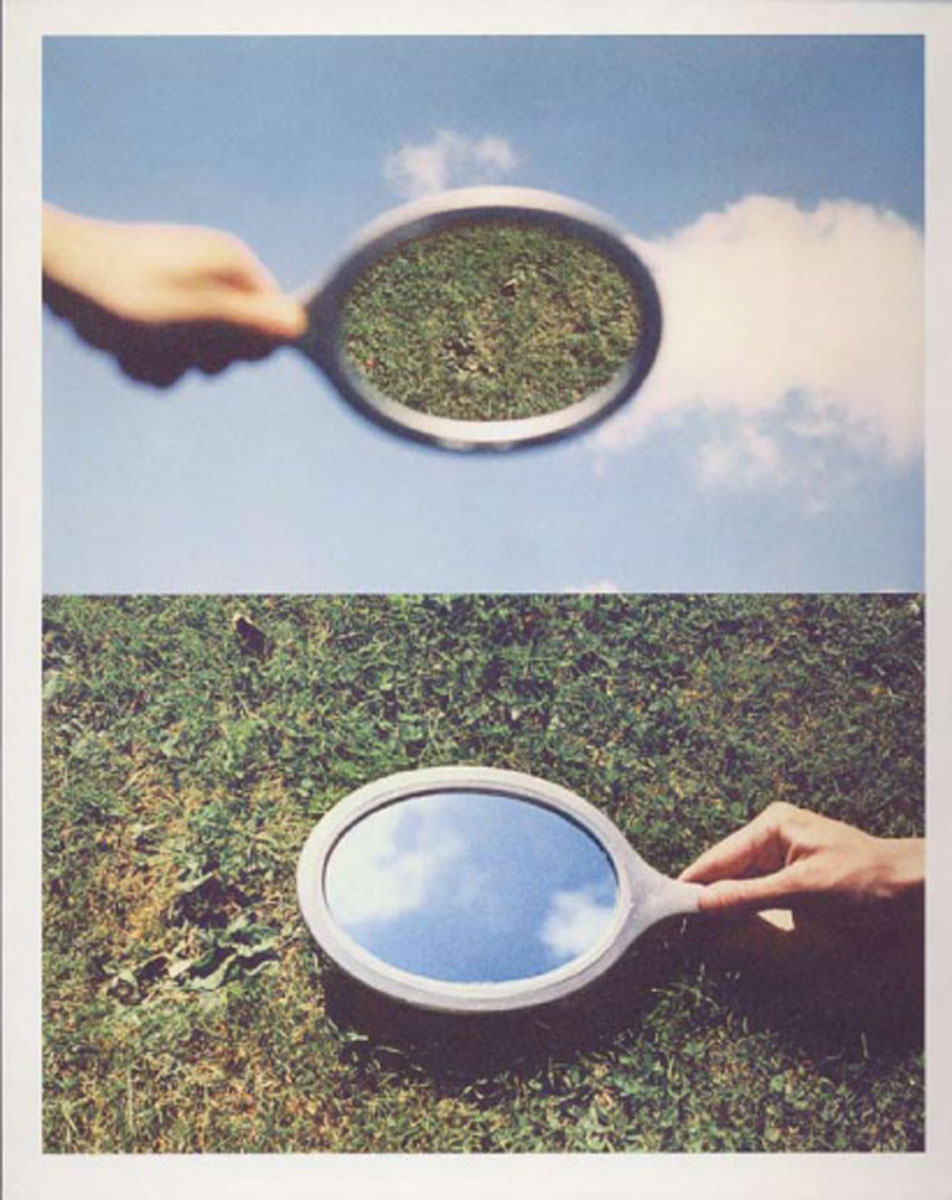 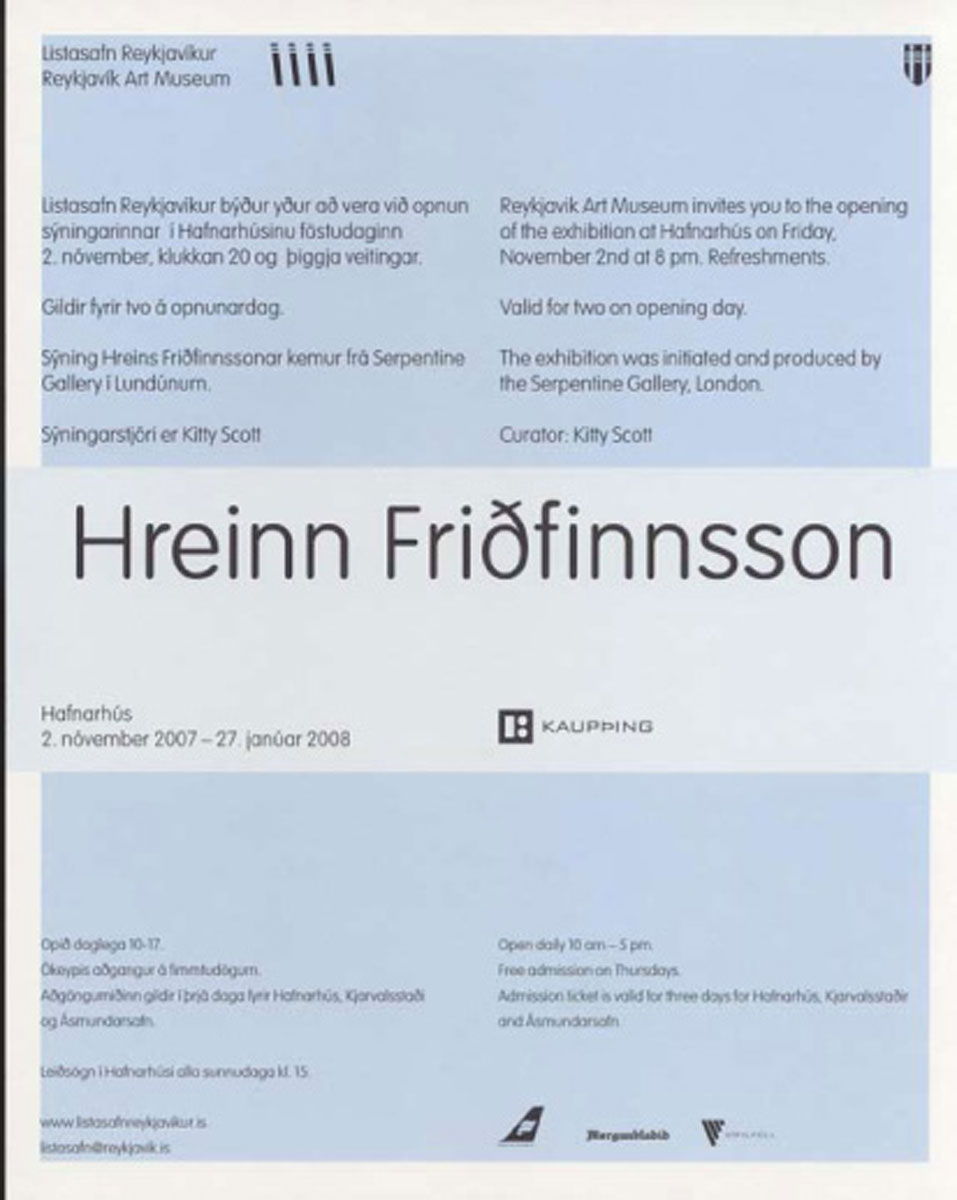