The viewer needs to proceed with caution. He watches his step, moves silently. In Katrín Elvarsdóttir’s pictorial world, silence reigns. Not dead silence, though. Listening ears can catch a faint sigh of wind, rustling leaves, and the creak of hard plastic baking in the sun. Suddenly we sense a presence, someone coming up behind us. We hear footsteps in the grass, twigs snapping. Is it a man, a woman...or perhaps a child?

There is something alarming about the calm in Katrín Elvarsdóttir’s photographs, as if the moment she manages to capture is the moment we cling to before disaster unfolds, as the world holds its breath and awaits the unexpected.

In recent years Katrín Elvarsdóttir has drawn her viewers into a world where fiction and reality are confluent. She uses the photograph as a means to create an imaginary world that springs from reality itself, thus bringing out an alien quality in surroundings normally seen as commonplace.

Katrín Elvarsdóttir received her B.F.A. degree from the Art Institute of Boston in 1993 and has since exhibited widely in the United States and Europe as well as in Iceland. In Neverland, Elvarsdóttir invites us to step into a reality that grows directly out of her past exhibitions Without a Trace, Of This World, and Equivocal; here again, as in those exhibitions, the viewer takes part in shaping the content of the reality that Elvarsdóttir has created. We are standing in a world sprung from actual reality, a world that exists nowhere and yet has come into being out of palpable material. We are standing in a reality that comes into being when imagination meets what the eye perceives. 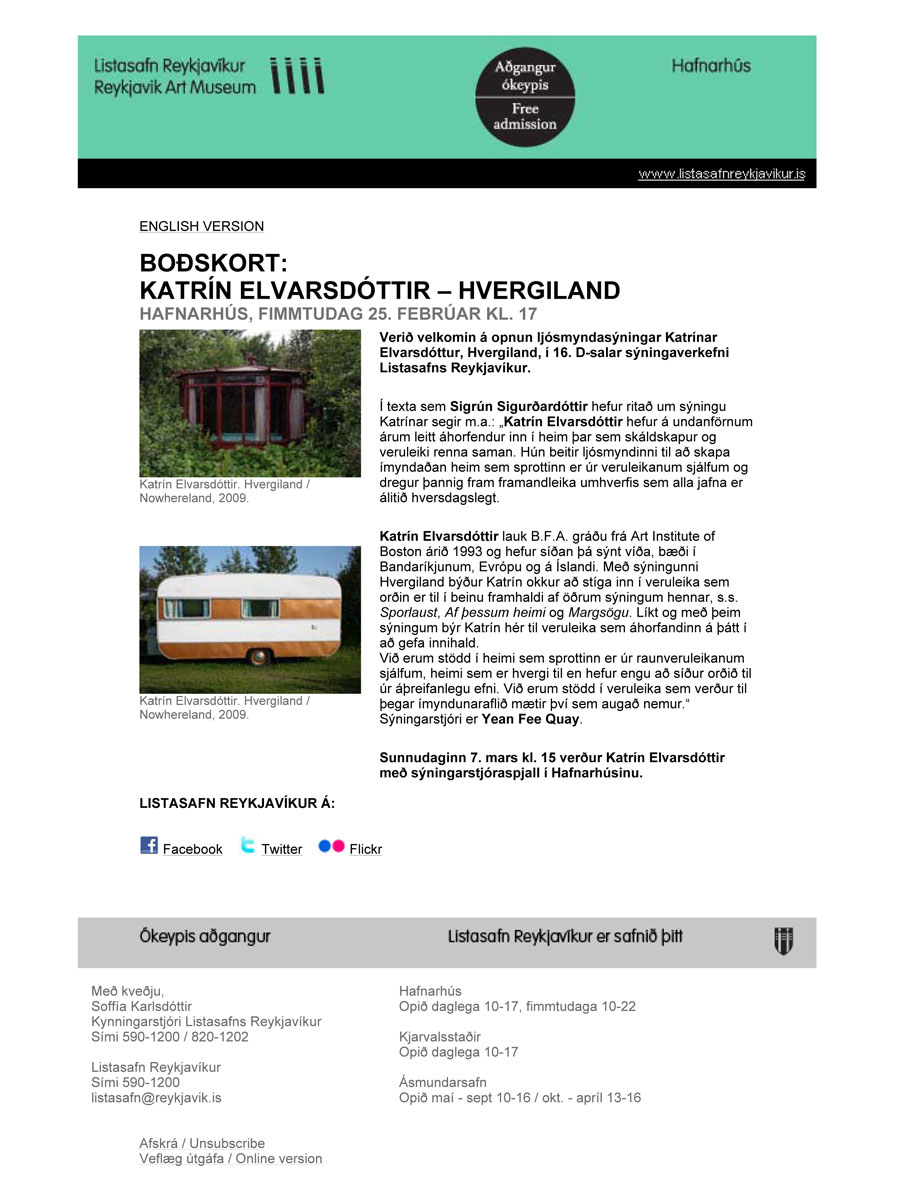