The scene in the painting shows melting snow revealing mud on the ground of a black forest set against the vast grayness of a cloudy sky. Between two charred and scarred trees, the shattered remains of three arched windows and vault tower over what was once the apse of a basilica. Scattered around the slush wet forest ground are broken crosses and tombstones, and in a distance, human figures clothed in black cloaks file in pairs toward the ruined façade of the basilica.

This painting, which is lost, is by Caspar David Friedrich, a famous 19th century German painter of romantic landscapes. Chaos and order underlines the ideology behind the art of Ryan Parteka (born 1975) since he started to create installations and multimedia art almost a decade ago. His installation is clinical and elusive, and underneath the pristine appearance he often plants a chaotic phenomenon. Ryan Parteka takes the chaos and orders it into numerical patterns that are translated into choreography of light and darkness through custom circuitry. He orchestrates the mechanical devices to drive components and objects that control light and/or sound, which transform the environment into disorder of sorts by taking things to the point of collapse – a state of aesthetic entropy.For Each Thousand Years, But a Day (for Caspar David Friedrich) the space and time elements intertwine past, present and future. The installation is controlled by a computed prediction of light and darkness for Reykjavik in the next 1000 years. Blood fills and drains from three arched window panes, which is pumped through devices pulsing in tandem with the rising and setting of a simulated sun. While light floods into the space and remains for different lengths of time, darkness swallows up the room with equal disposition. Along the ceremonious beginning and ending of the simulated days, an electric guitar and a group of brass instruments solemnly bring a tempo to the rite.

Ryan Parteka lives and works in Reykjavik since 2005. He completed his master studies at Rijksakademie van Beeldende Kunsten, Amsterdam 2004-2005 after his graduate research in time-based media from Utrecht Academy of Arts in the Netherlands. 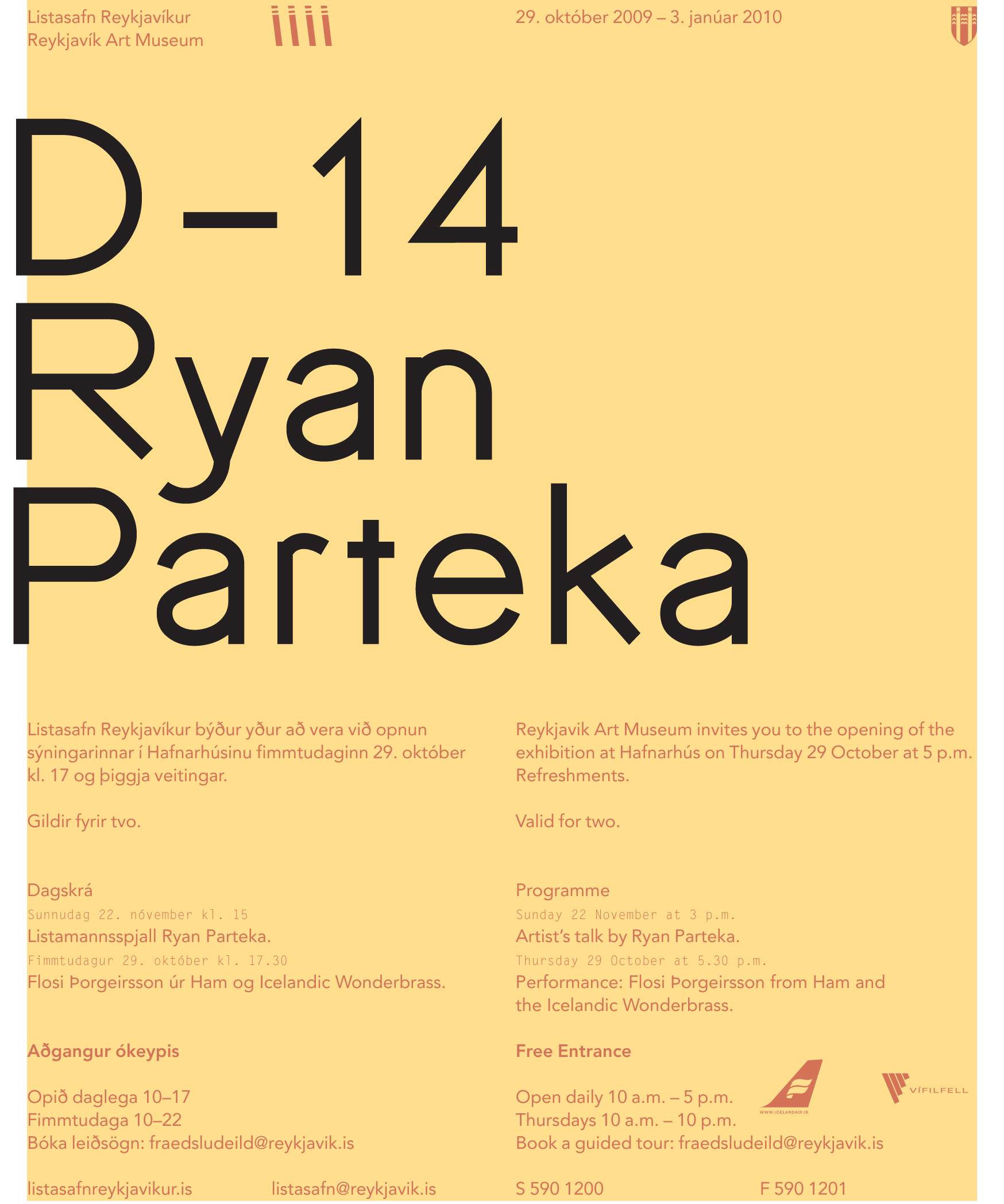