Jeannette Castioni (b. 1968) grew up in Verona, Italy—a place rich in histories and heritages, where icons are so plentiful that they are consumed as "daily bread". In Who's Afraid of Who she scans over the imaginative merging cultural landscapes through communications and technologies, and pushes this digital orthodoxy into a kind of cultural amnesia—and a kind of anxiety and fear brought forth by icons and images. With the various elements in the exhibition she identifies uncanny and incongruous juxtapositions, and surprising fusions of ideas between the old and the new, the residual and the emergent.

Castioni knows well the power of icons and their prevailing authority over our prejudices and judgements. Using art historical references from famous Italians like Bernini (1598–1680), Giambologna (1529–1608), and Tintoretto (1518–1594), and German artist Dürer (1471–1528), and Netherlandish painter Memling (1430–1494)—Castioni draws out a paradox between given icons, images and suggestions of the icons, and the assumed images, in a context that gives them temporary meanings and fragmentary values.

A platform with holes in the middle of the gallery is a stage where visitors are invited to step on and discover for themselves audio interviews of famous figures—one of them is surrealist painter Dalí (1904–1989) talking about his mustache.
Castioni lives and works in Reykjavik and graduated from the Iceland Academy of the Arts in 2006. She has been exhibiting in Iceland, USA, Italy, Germany, Lithuania, and Russia. 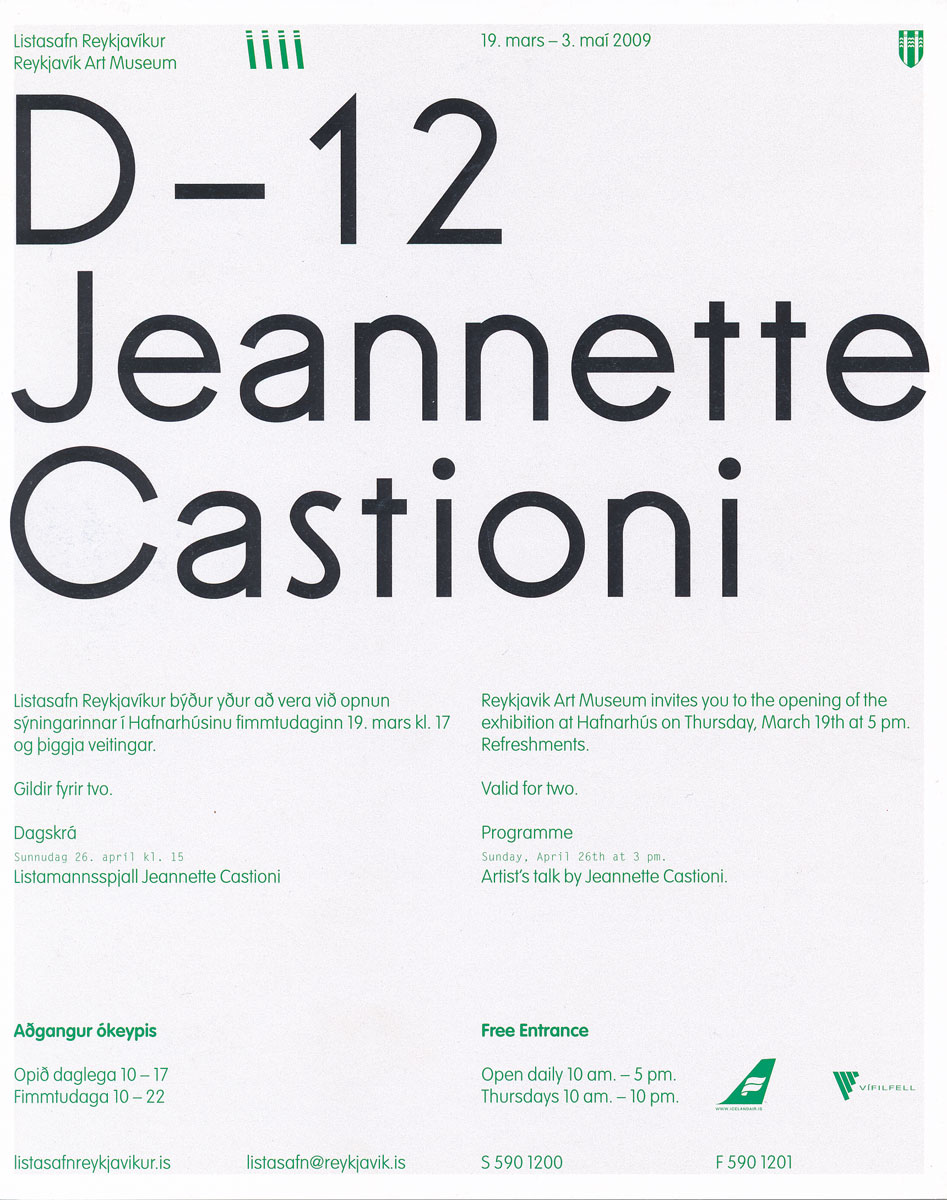