In an earlier installation of Pétur Már Gunnarsson (b. 1975) he forged new links between a poem and images by literally illustrating verses with everyday objects. The process of presenting the whole poem a verse at a time with one object or assemble of simple things, Gunnarsson gave the words the opportunity of rebirth in a new present, and conversely the text, foreseeably, added new imaginative meanings to the ordinary things.

Gunnarsson started out the exhibition Boundary with a simple computer programme that deconstructs and then re-groups letters from words, sentences, or gibberish into short alphabetic geographical or country codes (for instance ISL for Iceland, MYS for Malaysia, and SLV for El Salvador). His intention is to feed to this programme either his ideas about this exhibition or a nordic version of the myth about Excalibur, and present the lettered codes resulted from the text. Just as each word has its own meaning in a poem, and is given specific sound and texture by a poet, Gunnarsson eventually builds Boundary out of objects, sculptures, and images that are not explicit reminiscences of any parameters, but in each work, through interactions with its environment and reflections on its natural or altered state in a new context, resonates subtle recollections of limits, confines, separations.

Gunnarsson studied at the Academy of Fine Arts in Vienna, Austria from 2005–2006, after completing studies at the University of Iceland in 2004 and the Iceland Academy of the Arts 1999–2002. 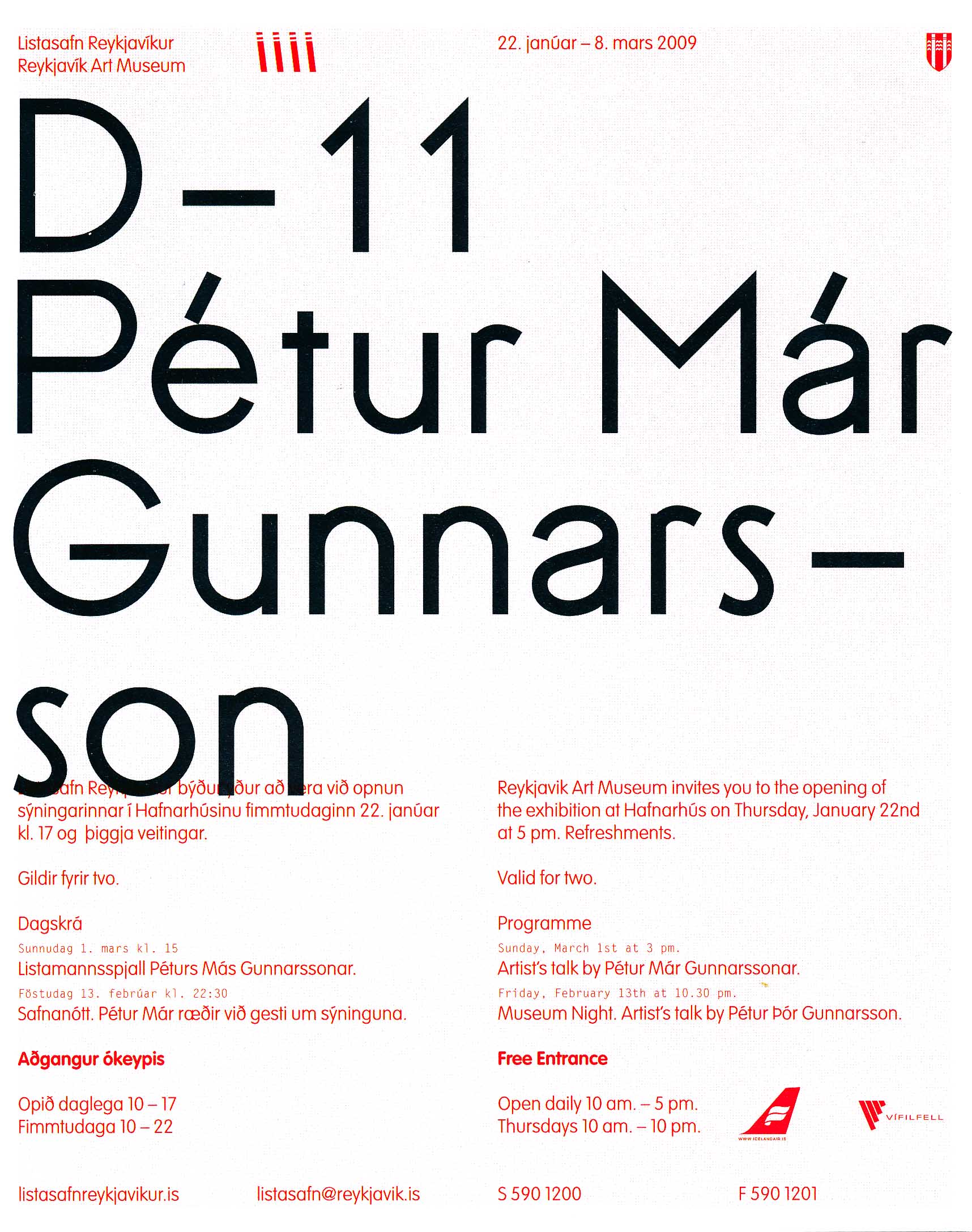